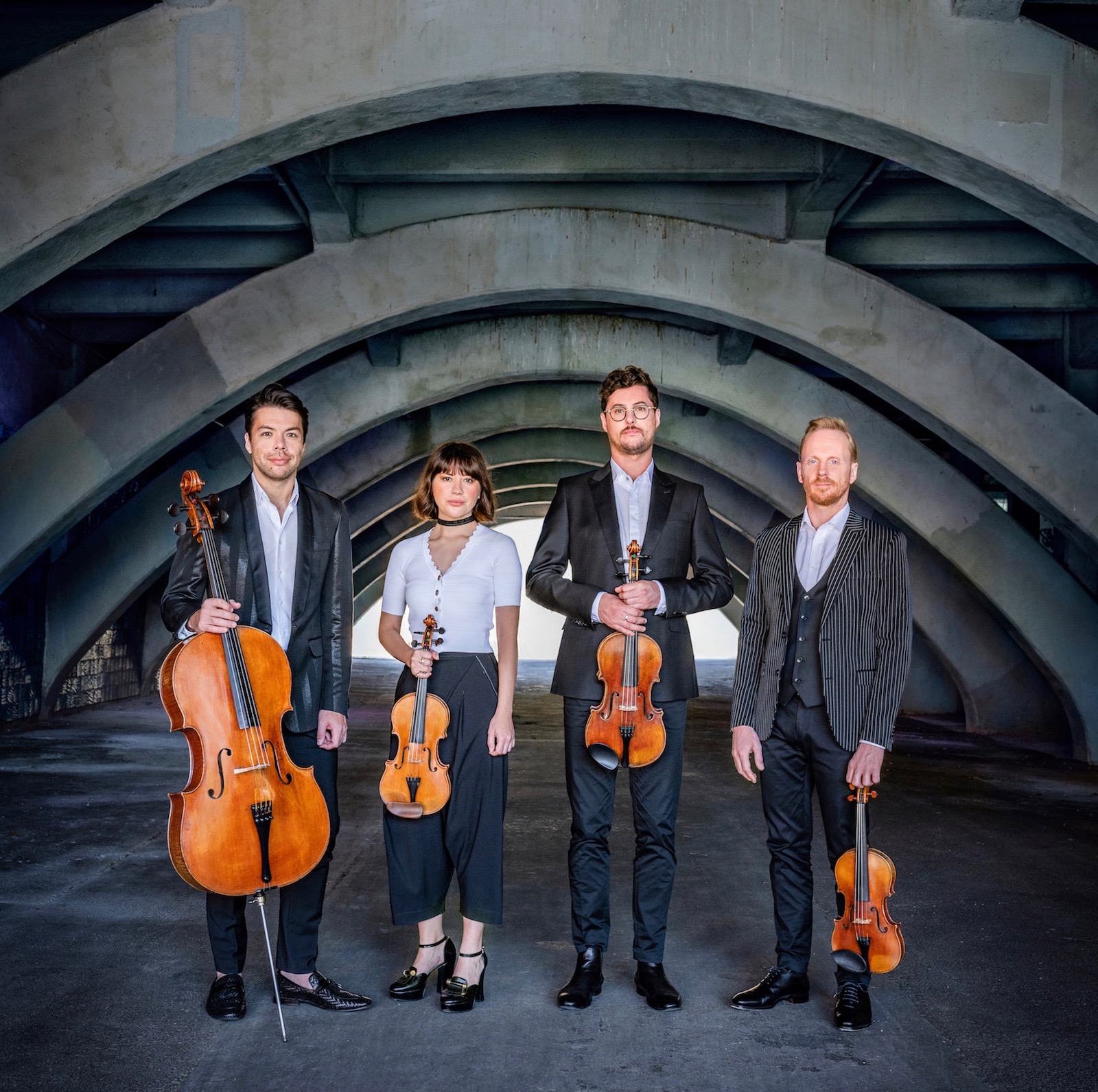 The Australian String Quartet is performing Britten and and Beethoven along with the world premiere of a work by David Paterson in an engaging program spanning three centuries. The ensemble comprises violinists Dale Barltrop and Francesca Hiew, Christopher Cartlidge, viola and Michael Dahlenburg, cello

Sydney-born composer David Paterson began playing the violin and piano at an early age and after studying composition and musicology with Richard Gill moved to London to study at the Royal College of Music. After a busy professional life in London, he moved to Melbourne, as a pianist at the Australian National Academy of Music where he has been based since 2009, specialising as a pianist in chamber music and an avid educator.

Britten’s Three Divertimenti for String Quartet is a brilliant set of three short character pieces followed by debut of a new work commissioned by the ASQ from Australian composer David Paterson. This is Paterson’s third commission for the ensemble, having also produced two other works, Quartettsätze (2016) and Scherzo (2020). Finishing this program is Beethoven’s third and final Razumovsky quartet, nicknamed the Eroica (Heroic). Considered one of Beethoven’s most radiant compositions, its name comes from the bustling and triumphant final movement.