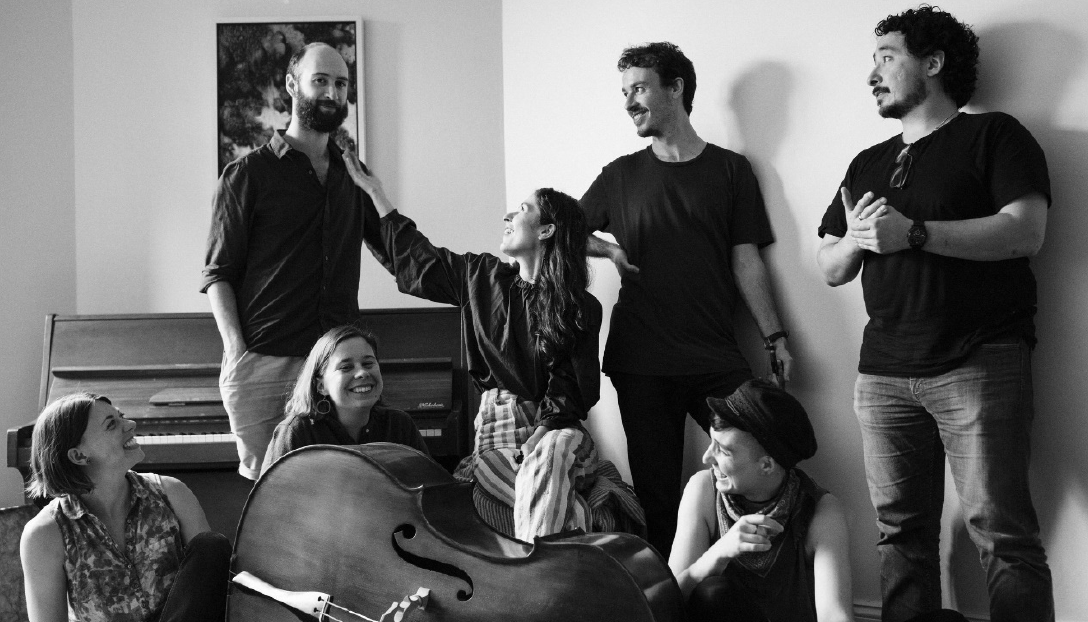 The music box project presents the Sydney premiere of Shallow Listening. Artfully beguiling, subtly chaotic and deliciously zany, five ‘sonic pillars’ of exploratory works by Moya Henderson, Jasmin Wing-Yin Leung, Jaslyn Robertson, Elizabeth Jigalin and Joseph Franklin are woven together in sound, motion and play. From the clicking of scissors to slow-motion singing, cheeky meditations on red, a plethora of toys and the catharsis of an internal dialogue — leave your expectations at the door and join the ensemble for an evening of signature music box madness.

Premiered at the 2019 Bendigo International Festival of Exploratory Music (BIFEM), this genre-defying performance received the 2020 APRA AMCOS/AMC Art Music Award for Excellence in Experimental Music. Moya Henderson’s Clearing the Air (1974) is both the odd one out in a program of new works and an important part of the ensemble’s cultural history. Clearing the Air was conceived and premiered in Darmstadt, where it was the first Australian work to win the celebrated Kranichsteiner Musikpreis, and yet was never presented in Australia. The music box project’s performance of this work at BIFEM represented both its Australian premiere, and the oldest Australian work to be performed at BIFEM to
date. The Sydney premiere will continue to recognise the exploratory work created by Australian generations of composers before us, weaving shared conceptual threads across the four new works presented.

Sydney-based the music box project is a collective of musicians presenting creative, community driven and collaborative musical experiences. the music box project has premiered over 40 works of local, national and international early-career composers whilst continuing to re-invent established works. Open mind and collaborative, the music box project is a thriving part of Sydney’s local music scene having shared music outside the usual at The Glebe (2017-2019), presented a multi-theremin performance and audience workshop at Extended Play Festival (2018) and sonically activated a range of spaces including Cockatoo Island, a pub, carparks, caves and an art storage unit.