Congratulations to two outstanding Australian musicians have been recognised in the Australia Day Honours for 2016!

Chief Conductor and Artistic Director of the Willoughby Symphony Orchestra since 2001, Dr Nicholas Milton, has been appointed a Member of the Order of Australia (AM) for significant service to the arts, particularly to classical orchestral music performance, as a musician, conductor and artistic director.

Dr Milton was Concertmaster of the Adelaide Symphony Orchestra, the youngest ever to be appointed to that position with a major state orchestra. He was also violinist with the Macquarie Trio for eight years. Dr Milton is a graduate of the Sydney Conservatorium of Music and at the Juilliard School. He also holds four Master’s degrees and a Doctorate in Music from the City University of New York.

Saxophonist Amy Dickson has been twice nominated for a Grammy Award and was also named 2013 Mastercard Breakthrough Artist of the Year at the Classical Brit Awards. In 2004 she won the ABC Symphony Australia Young performer of the Year Award, after which, aged 19 she moved to London where she has since performed at major classical music venues including the Wigmore Hall and the Royal Albert Hall. She has several recordings to her name and returns to Sydney in July 2016 to perform with the Sydney Symphony Orchestra at the Sydney Opera House, premiering Ross Edwards’ double concerto Frog and Star Cycle.

Presented by the Australia Day Foundation in London, the UK Young Australian Achiever of the Year Award honours those who have shared the Australian spirit in the United Kingdom.

The Australian Brandenburg Orchestra has revealed its line up for 2015 – a six programme series that sweeps the baroque and early classical repertoire and which includes music by Handel, Vivaldi, the Bachs and Mozart, performed by soloists from Australia and overseas. Moving on from its 25th year in 2014, Artistic Director of the ABO,… 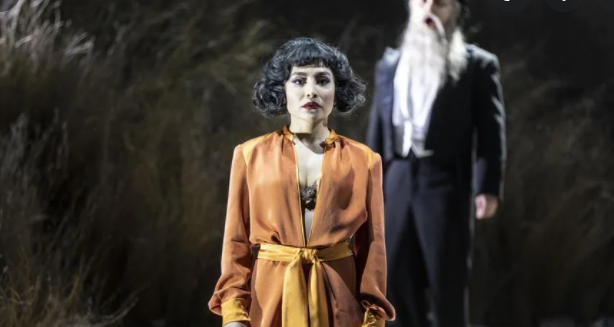 Barrie Kosky will return to the Adelaide Festival in 2022 with its headline production of Rimsky-Korsakov’s fantasy opera The Golden Cockerel. The result of this collision of genius from Rimsky-Korkov and Kosky has resulted in a brilliant “Kosky-kov” production which will star British-Ukrainian bass-baritone Pavlo Hunka as the king, Russian lyric coloratura soprano Venera Gimadieva…

The nominees for the 2018 Screen Music Awards have been announced. The Awards, staged jointly by APRA AMCOS and the AGSC, celebrate achievements in music composition for documentaries, short films, children’s television, advertising, film and television soundtrack albums, as well as feature films. Collaborators Antony Partos and Matteo Zingales have four nominations together for screen… 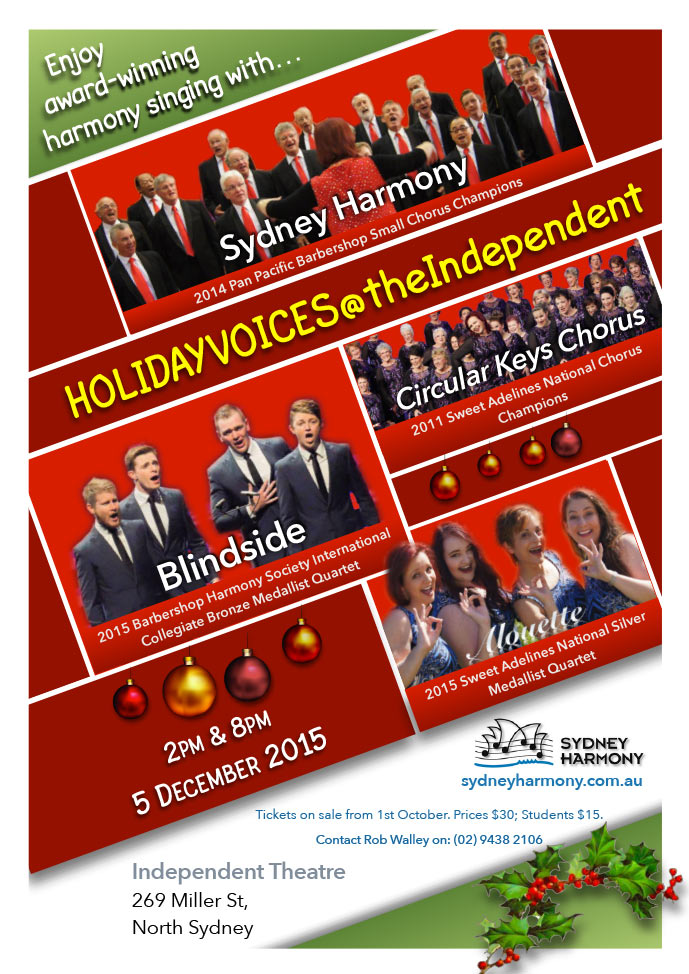 Sydney Harmony Chorus is opening its doors – and its membership – ahead of the climax to its musical year: the Holiday Voices concerts at the Independent Theatre on 5 December.  The all-male a cappella (unaccompanied) choir will hold an open rehearsal on Monday night 26 October where prospective new singers can ‘take a peek’….

Sir Mark Elder conducted La Traviata at Glyndebourne this year. The opera was already performed over 500 times during the 2012-12013 season. In this feature in The Economist, he talks about keeping fresh, these staples of the repertoire. 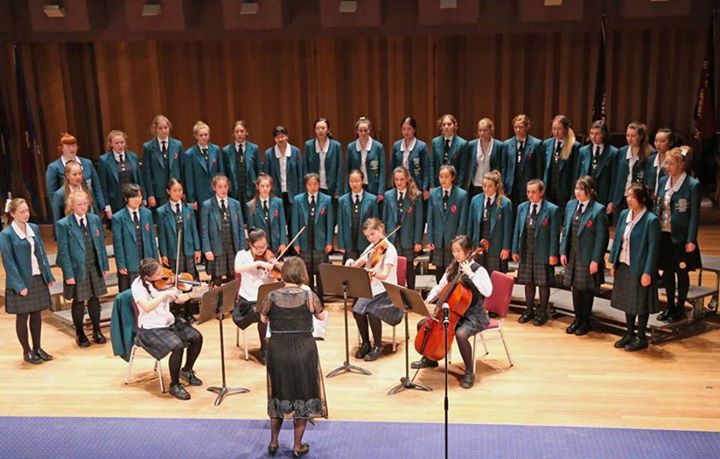 The winner of the inaugural Sydney Eisteddfod Australian Choral Grand Prix has been decided! Congratulations to winners The PLC Sydney Chamber Choir (Presbyterian Ladies’ College) on their magnificent victory.  Conducted by Fiona Clouston and accompanied by Andrew Basile, along with a student string quartet, this choir gave a magnificent performance and at the end of…