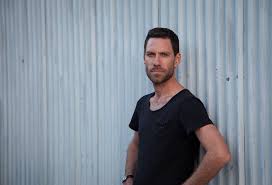 James Eccles is busy putting together the 2014 Aurora Festival. It is his first as Artistic Director of the event and he has to wear many hats which reach well beyond his role as curator and viola player. Nonetheless, he is ‘thrilled’ to be presenting this bi-ennial celebration of New Music, centred in Sydney’s western geographic heart, and which is Sydney’s only festival devoted to presenting new Australian music. Founded in 2006 by Dr Matthew Hindson, the festival’s motto, fittingly, is Living Music.

Speaking to SoundsLikeSydney, Eccles identifies two major challenges he faces. “What I most want to do first and foremost is to present really amazing music and let that speak for itself” he says.  “Secondly, I want to find a way to present that music in forms that will be attractive to the local communities in western Sydney. I want to involve them in ways that will get bums on seats and get people really connecting with the music especially the Penrith event, Aurora Chorealis where  participants can take part in world premieres and experience the excitement of making music from the inside and connecting with like-minded people.”

I asked Eccles if he saw a separation between community music and new music and if so – how that gap could be bridged.

“Ironically”, he said, “the main goal of the festival is to bridge that gap. Some of the things we’re presenting are by high quality performers in a concert setting so the audience will see and hear them; but there are other events which involve participation; and then there are events that are in-between the two – less about participation and more about getting up close and personal with the artists and being able to ask them questions – a more inclusive approach.” Elaborating on this stance, he continues “I’m not a musician or artistic director who needs things to be seriously experimental – I think that’s a slightly too narrow theme for this festival because it’s about connecting with the audiences.”

Eccles uses the terms ‘New Music’ and ‘Contemporary Music’ interchangeably. “Though” he adds, “I personally prefer the term ‘New Music’, ” pointing out “there is also the term ‘New Classical Music’ which takes the description a step further to distinguish us from other types of new compositions. Generally when people use the term ‘New Music’ they’re referring to avant-garde music with a classical approach. And just because something is new, it doesn’t mean it is all good. “I also distinguish between what I regard as good and bad music – there’s bad old music and bad new music.”

Admittedly, even ‘good’ New Music has an image problem. A population that embraces new movies, new books and new fashion becomes inexplicably conservative when considering New Music. Add to that the fact that it takes several hearings for any new work to be remembered and recognised, Eccles believes it is up to programmers to ‘back a good horse’ from the start and to select works that have that potential. “If it’s good enough” he says, “it will be programmed again.”

A really important feature from the Editor of Gramophone, Martin Cullingford on the importance of listening to music: “The art of sitting, concentrating and listening to something long-form and complex is an increasingly alien experience. And unless people develop that skill, classical music will face an uphill struggle. “ Click here to read the feature… 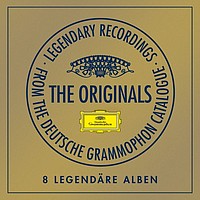 From the Deutsche Grammophon catalogue comes an 8 CD set of recordings The Originals, by some of the greatest legends of classical music (DG 4794110). Recorded at various times between 1965 and 1980 in venues like the Vienna Musikverein Grosser Saal, the Berlin Philharmonie, the Hanover Beethovensaal and the Jesus-Christus-Kirche in Berlin, the recordings were originally… 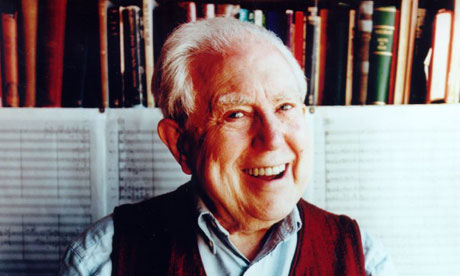 Elliott Carter, the composer whom Aaron Copland described as  “One of America’s most distinguished creative artists in any field” died on November 5th, aged 103. His creativity showed no signs of abating in his final years. One of his most recent compositions, Dialogues II  received its premiere just last month with  pianist Daniel Barenboim and Gustavo Dudamel… 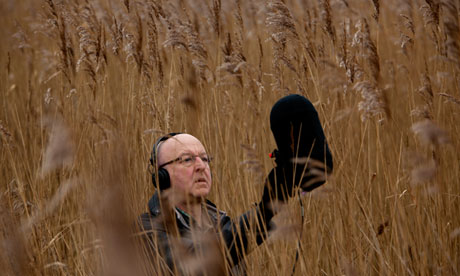 Sound Recordist Chris Watson has spent a year immersed in the countryside around Benjamin Britten’s home in Suffolk, recording and listening to the birdsongs which inspired the composer. Watson has incorporated these songs with the music of Britten to create a unique new piece called In Britten’s Footsteps which will premiere this February. Watson says “The spatial aspect of…

In an interview on radio some years ago, Adrian Collette, then CEO of Opera Australia (OA) was challenged with the assertion that opera was an art form for the elite. He countered ably, with the observation that the only thing elite about opera was the training undergone by its practitioners. Claims of elitism in the…