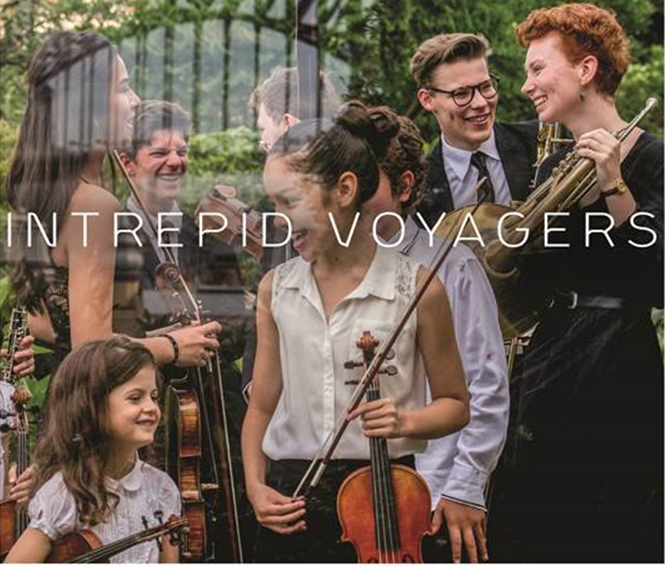 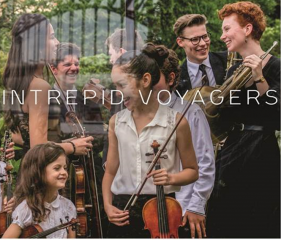 In April, 86 of Sydney Youth Orchestras’ most talented young musicians aged 16 to 25 and drawn from the greater Sydney region, embark on a landmark music education tour of Europe.

The Sydney Youth Orchestra’s European tour will visit magnificent cities that are hubs of music, commencing in Vienna and travelling through Budapest, Salzburg, Prague and Berlin.

Sydney Youth Orchestras is celebrating this incredible educational opportunity for our city’s future musicians by showcasing some of the repertoire that will be performed and workshopped overseas in a performance at the Sydney Conservatorium of Music. For this, the Sydney Youth Orchestra will harness the massive forces required for Mussorgsky’s perennial favourite known simply as Pictures. Many will know and love all 10 movements of Mussorgsky’s descriptive masterwork, but in particular the final depiction of The Great Gate of Kiev will feature in SYO’s last concert in Berlin on Friday 21 April.

During the tour, the musicians will undertake masterclasses with four of the great orchestras of today – the Budapest Festival Orchestra and the Vienna, Berlin and Czech Philharmonic Orchestras. Additionally, SYO alumnus and professional cellist, Peter Morrison (member of the Danish Radio Symphony Orchestra) has invited eight of our musicians to rehearse and perform with the Copenhagen Youth Chamber Orchestra immediately following the end of our tour in Berlin. The Australian Ambassador will be attending the performance and will welcome them to Denmark. These eight pre-professional Sydney Youth Orchestra musicians will also perform for the official Australian Government ANZAC commemorations in Copenhagen.

The Sydney Youth Orchestra was founded as a single orchestra in 1973 by the visionary music educator and conductor, Peter Seymour. In 44 years it has grown to become a community of over 500 young musicians, aged 6-24, from all over Sydney and beyond. They gather weekly for rehearsals in the city and now in Western Sydney, in twelve different ensembles carefully constructed to match skill, age and experience. Together they inspire excellence, presenting public concerts and performing in major community events such as Carols in the Domain, vibrant family concerts for very young children, an annual Music Summer School, and outreach programs including concerts and workshops in regional NSW.

The SYO celebrates and recognises the thousands of young musicians who have nurtured their love of orchestral music, learned important life skills, had formative experiences and made lifelong friends during their time in the ensemble. Many of them have gone on to careers as professional musicians. They secure leading positions in all the major Australian orchestras and internationally. 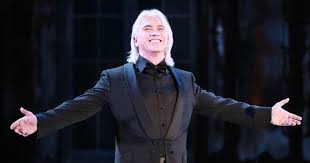 The beloved Russian baritone Dmitri Hvorostovsky has died after battling a brain tumour for over 2 years. Tributes have been pouring in from all around the opera world mourning the loss of this great talent, gone far too soon. Whilst he returned to the stage after early treatments, he had to withdraw from later performances…. The classical piano meets the silver screen in Love Story – Piano Themes From Cinema’s Golden Age – the recent album for Decca from Ukrainian born pianist Valentina Lisitsa. It’s a marked change in style for Lisitsa who started playing the piano aged 3 and used social media to launch her career. Signed to Decca in 2012,… Gondwana Choirs, the nation’s highly respected choral training ground is in the thick of its National Choral School. With more than 300 young singers, composers and conductors hot-housing vocal repertoire over a fortnight, you could be forgiven for expecting unbridled cacophony. On the contrary, these emerging musicians will be formed into six choirs under the… Check out these sumptuous images from virtuoso mandolin player Avi Avital’s opening night in Sydney with the Australian Brandenburg Orchestra at the City Recital Hall. Our reviewer Larry Turner was there and said the auditorium “was colourfully lit, strewn with candles and with  Middle-Eastern lamps suspended above the stage to evoke what Paul Dyer described… The Royal Northern Sinfonia has commissioned  a controversial new portrait of  Mozart by American artist Tim O’Brien which portrays the composer as ‘ a “daring” and “edgy” musician in the mould of Johnny Rotten,’ dismissing Mozart’s “chocolate box” image. Click here to read the feature from the BBC.