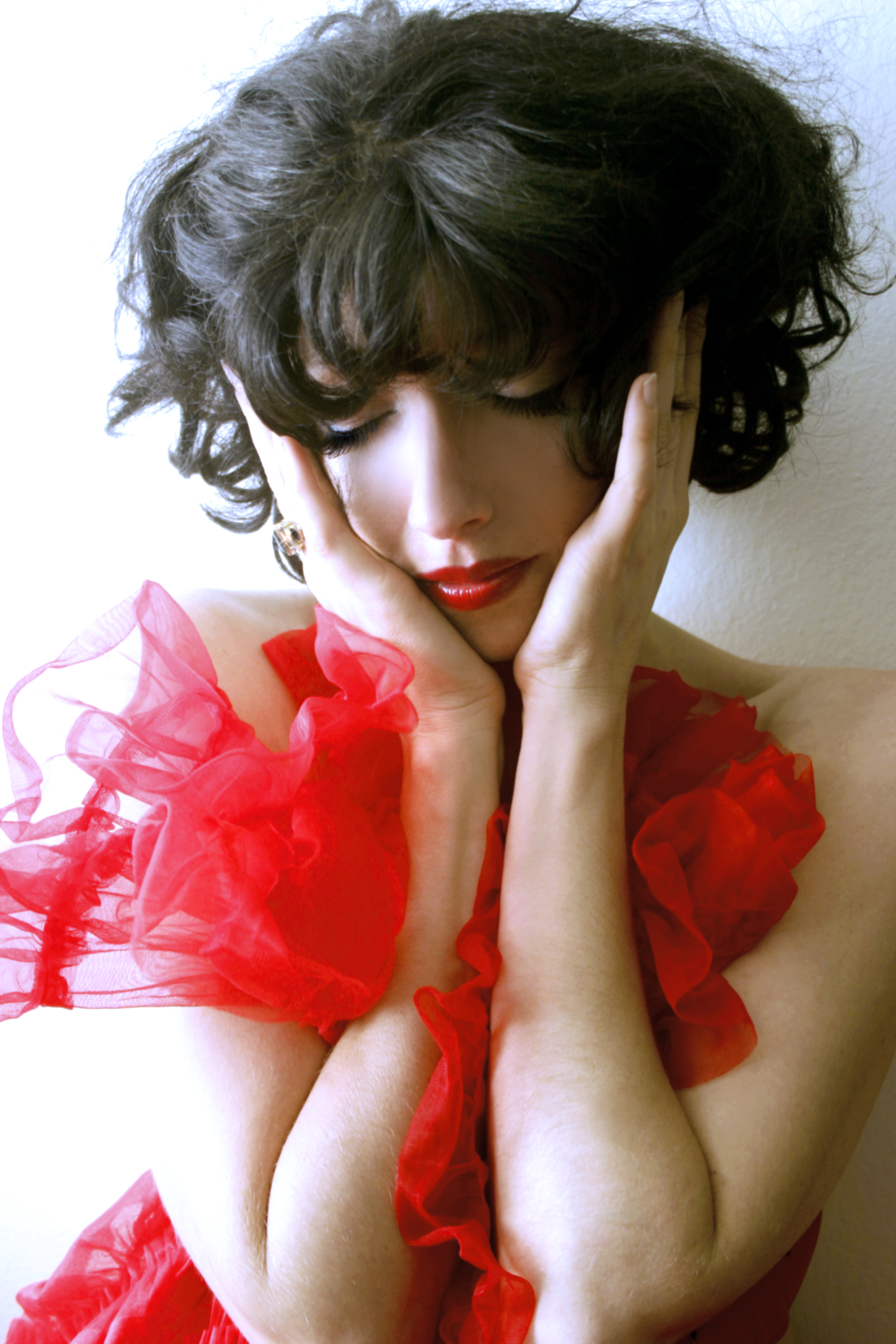 “I hear a note by one of the fellows in the band and it’s one colour. I hear the same note played by someone else and it’s a different colour. When I hear sustained musical tones I see them in textures.  If Harry Carney is playing, D is dark blue burlap. If Johnny Hodges is playing, G becomes light blue satin”  Duke Ellington.

Imagine that each time you heard a piece of music you saw colour! Not just an impression of colour or something  in your mind’s eye – but the very real visual sensation of seeing vivid hues while listening to or even thinking about music. If you are familiar with this experience, then you are one of the estimated 0.0005% of the population who possesses the rare gift of ‘synaesthesia’ .

For the first time in Australia, Synaesthesia: Music of Colour and Mind a 2 day event in Hobart’s Museum of Old and New Art (MONA), aims to simulate for its audience, the experience of the synaesthete. The feast of light, colour and sound is presented by the Tasmanian Symphony Orchestra (TSO) on the 3rd and 4th of November, with a spectrum (pardon the pun) of collaborators from musicians to academics and scientists. Participants will be able to choose from 36 continuous up close performances and visual installations, supplemented with panel discussions on synaesthesia.

The creative force behind Synaesthesia: Music of Colour and Mind is its Artistic Director Lyndon Terracini, also the Artistic Director of Opera Australia. Providing crucial funding for the event is MONA’s owner, David Walsh. Neither Walsh not Terracini are synaesthetes, but they have a burning curiosity to discover what it must be like to experience music, words and numbers as colours.

‘Synaesthesia’ literally means ‘a fusion of the senses’ where the experience of one sense, leads to physiological activity in another. Some synaesthetes see colour on hearing music; more rarely, others experience tastes or smells in association with acoustic triggers.  American neurologist Richard E Cytowic offers a lucid description: “In synaesthesia two or more senses are automatically and involuntarily coupled such that a voice, for example, is not only heard, but additionally felt, seen, or tasted. Synaesthesia is not imagination or learning.”

For Lyndon Terracini, it’s an idea that has absorbed him for many years. I spoke to him in anticipation of this landmark event. “It’s to give people the impression of what a synaesthaetic experience might be like. It’s not a sit down concert – people will move through the entire space. It will be a continuous experience with no beginning and no end because there will be no interruptions like clapping and taking bows. I’ve asked John Rayment the lighting designer to start from the premise of darkness and use light to not only illuminate the space but the music as well. The plan is to heighten the experience for everyone in the audience so that when particular tonalities are played, different colours activate the room.”

The event is a world first. Terracini says “It can only happen at MONA because of David Walsh and his particular aesthetic and interest in a great variety of experiences. Holding it over two days makes it especially unique.”

Neurologist Oliver Sacks, well known for his books Awakenings (1973) and The Man Who Mistook his Wife for a Hat (1985) has also written extensively on the phenomenon, especially in his book Musicophilia: Tales of Music and the Brain (2007). Says Terracini, “Oliver Sacks is fantastic. When I was running the Brisbane Festival I invited him to deliver the 2008 Griffith Lecture. We spent quite a bit of time together. Meeting him and reading Musicophilia  certainly contributed to my fascination with synaesthesia. But my fascination goes back further than that. When we staged Messiaen’s symphony Turangalila in Brisbane in 2001, I asked John (Rayment) to do the lighting design for that concert as well, to give the audience some sense of what Messiaen was seeing when he was writing the piece. It’s a fascinating subject and when I mentioned to David (Walsh) the idea of a synaesthetic experience, he jumped at the chance. There aren’t many places in the world with the combination of people and places that would allow this to happen.”

Noted synaesthetes in music include Messaien and Ligeti, whose music will be performed at the festival. Then there’s Bernstein, Sibelius, Liszt, Rimsky-Korsakov  and Itzhak Perlman. From other genres, there’s Duke Ellington, Billy Joel, van Halen and Tori Amos; and from worlds beyond music, Geoffrey Rush, David Hockney, Vladimir Nabokov and Marilyn Monroe. Perhaps the most intriguing of synaesthetes is Stevie Wonder, who has been blind from birth. Says Terracini, “It’s difficult to know if that is an imagined colour or something real – and what that means for someone who has never been able to see colour.”

In strict scientific terms, Cytowic has defined five criteria of which true synaesthesia must fulfil at least 4: it must be involuntary but elicited, projected, durable and discrete, memorable, and emotional. Estimates of the incidence of synaesthesia in the population  vary widely, from 1 in 25,000 1 in 500 (Oxford Music).

One thing is certain. The field is ripe for further study. “A huge amount of research is yet to be done. Neurologists have not yet been able to identify the part of the brain that deals with synaesthesia.  Every synaesthete has a different colour palette and interpretation which makes it more difficult to pinpoint. The type of music may also affect the colours that are experienced. I suspect that Duke Ellington had a very different colour experience to Messiaen. Whether or not that can be aligned to the type of music that Ellington played, I don’t know. I expect it would be a factor.”

The world of synaesthesia is a word of relativity and uniquely individual experience.” The experience of each individual synaesthete is different. It’s not a collective experience. It’s similar to when people say they have perfect pitch – does it mean they have perfect pitch at a tuning of A= 440 or at A= 448?” says Terracini and relates this back to question about whether synaesthesia can be learned. (Cytowic says it can’t). “I think again that relates to the difference between very good relative pitch and perfect pitch. I think you can learn to have very good relative pitch. Similarly, you can learn to experience a colourful interpretation of music. You can train yourself to see or expand on the impression of colour that you may be experiencing when you hear a particular piece, but it doesn’t mean you’re a synaesthete. It means that you’re concentrating on developing an instinct that is probably innate in a lot of people.”

Talking about synaesthesia was so engrossing, our conversation had focused little on the attractions of the weekend, amongst which there are several highly anticipated new commissions. “One of the most interesting” says Terracini, “is Brian Ritchie playing the shakuhachi in the Hiroshima room where there are stones which have been brought from Hiroshima. It’s a very special place and he’s a very fine shakuhachi player. The experience in that room will conjure some disturbing colours because of the references it makes. Other commissions have different strengths. Michael  Kieran Harvey’s commission will be very physical because Michael is such a physical pianist. Calvin Bowman is a very talented composer whose music is full of a lot of very different aural colours which lend themselves very well to what we’re trying to do. The lighting design will elicit different responses from different pieces.” Despite being placed within a broader sensory context, the new works can be performed as stand alone works in without the enhancements of light and colour.

Inevitably, the participants at Synaesthesia will encounter a range of emotions, some of them confronting. Terracini has tempered this with the promise of a range of styles. Alongside the music of established classical composers, there are contemporary and cabaret performers, jazz, organ and orchestral music. “As well”, he says “people can take a break at any time – go to the bar if they wish, and walk back in, for another part of the experience. The whole experience should have a good balance to it – and that’s something I always try and achieve.”

Ideally, Terracini would like to see Synaesthesia become an annual event at MONA, evolving into a complete kaleidoscopic  sensory encounter. “If it becomes known that it is happening at MONA ever year,  people would be prepared to travel for this unique festival which is not like any other in the world. Having it at MONA makes a lot of sense  – it is a special place.”

Terracini promises participants a completely novel experience, although he cautions “It will not replicate the perception of the pure synaesthete because that’s impossible to achieve unless you have that ability. What I hope it will offer is a sense of what a synaesthete might experience.”

Synaesthesia: Music of Colour and Mind is about discovery both for individuals and for the science. Terracini has the last word “It’s a very profound and highly intellectual subject to be investigated, and investigated thoroughly. There’s very little solid scientific research – complicated by the fact that it can be difficult to articulate because it is so ephemeral and so individual in interpretation. Even though participants will be part of a crowd, it will be a very personal experience for each individual.”

“Friday is dark maroon, a type of sienna, and Saturday is definitely white. Monday is a cool blue… Since I was seven, when I first learnt counting, numbers had specific colours.” Geoffrey Rush  2007.

Lyndon Terracini was interviewed by Shamistha de Soysa for SoundsLikeSydney ©

Synaesthesia: Music of Colour and Mind runs from midday on Saturday 3 November to 9pm on Sunday 4 November. 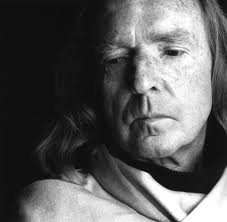 The British composer Sir John Tavener has died aged 69. Tavener is well remembered for his ethereal Song for Athene and the unaccompanied four-part choral setting of William Blake’s The Lamb. Many of his works had a religious theme and were infused with ideas from the ancient classics. At school in London, he was a contemporary…

The Australian Romantic & Classical Orchestra (ARCO) is looking for a highly skilled, creative and passionate Marketing & Communications Manager. Are you the right person for the job or do you know the perfect candidate? The role will take up 20 hours/week and the successful candidate will work from home. More details at www.arco.org.au/join-our-team Under the… 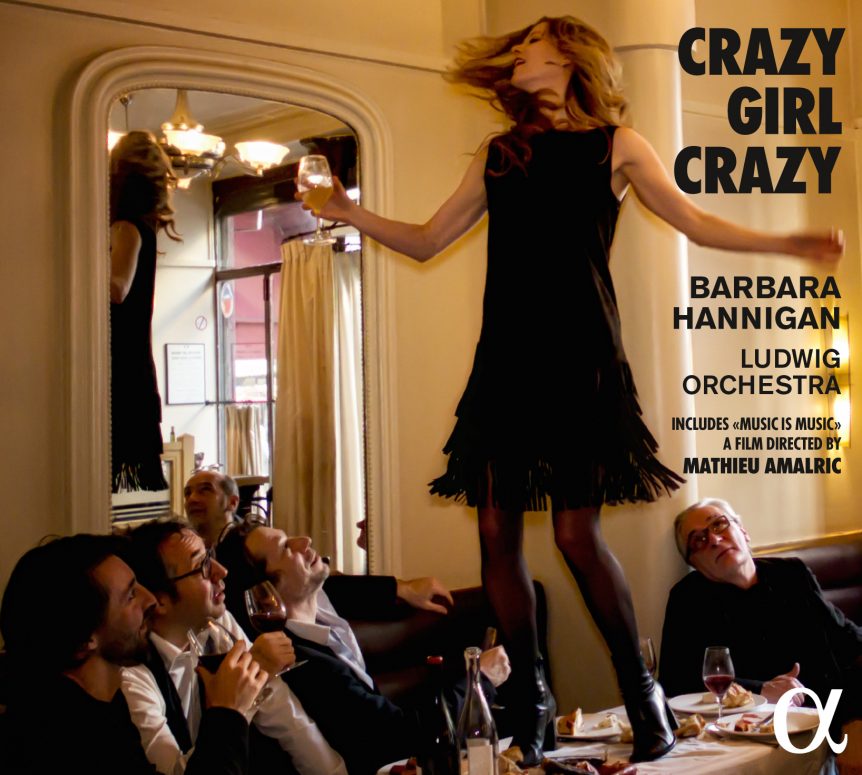 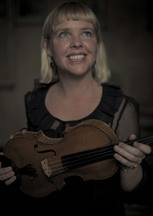 Kirsty Hilton has the best of two very rarefied worlds. As well as being Co-Principal 2nd violin with the Sydney Symphony Orchestra, she is also a violinist and sole Australian representative with the Mahler Chamber Orchestra, based in Europe and which is soon to tour to Sydney, conducted by Daniel Harding. She has been performing… 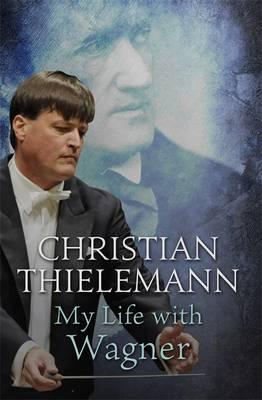 Wagner fans alert! Christian Thielemann, conductor and music director of the Bayreuth Festival is regarded as one of the foremost exponents of Wagner. He has written a book released this month which chronicles his journey with the music of Wagner. Titled My Life with Wagner, and translated into English, the book examines Wagner’s controversial music…