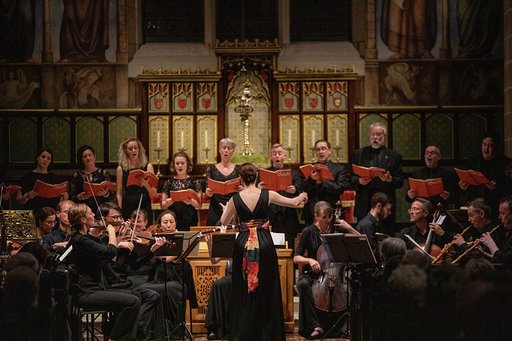 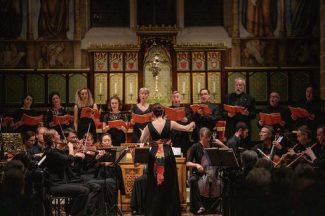 Comfort and Joy – Cantatas for Christmas

First there was Comfort – the cantata Süßer Trost BWV 151, by J S Bach, followed by his Orchestral Suite No 2 in B minor BWV 1067. Then the heavens opened in an outpouring of Joy with the second part of Bach’s Christmas Oratorio BWV 248 and the cantata Gloria in excelsis Deo, BWV 191.

Augmented by the elite of baroque orchestral players performing on instruments of the time and with a choir comprising 13 of the best period voices, the Bach Akademie Australia under the direction of its founder, violinist Madeleine Easton brought a little bit of Saxony to Sydney in a brilliant concert of seasonal music, Comfort and Joy – Cantatas for Christmas.

A smaller ensemble of 7 instrumentalists convened for the orchestral suite, again featuring Mikaela Oberg as soloist. The ensemble played the seven-movement piece in a stylish realisation of the dances on which Bach based his orchestral suites, brimming with French spritz and a sympathetic definition of themes and counter themes. Resplendent in its contrasts, the crisply double-dotted Overture was followed by a graceful Rondeaux, a stately Sarabande with its characteristic accents and closer textures, a slower Polonaise ticking along with more dotted rhythms and daringly busy tempi of the Bourrée and Badinerie, whose frolicking arpeggiated melodies were admirably accomplished in virtuoso style by Mikaela Oberg.

Souls comforted, it was time to celebrate with Bach’s Christmas Oratorio BWV 248 and the Cantata BWV 191. The Christmas Oratorio was composed of six cantatas, to be performed between Christmas Day and Epiphany. The Bach Akademie Australia, for this concert, chose to perform the second part, traditionally performed on 26 December, narrating the annunciation to the shepherds. Conducted by Easton, the ensemble was augmented by organ, timpani and the inimitable soundscape of baroque wind and brass – the wind section creating a deeply soothing balm in the pastoral opening Sinfonia; the thrum of the timpani and the brass section, as dazzling and heraldic as one could want celebratory baroque to be, especially in the opening movement of the cantata, which shares so many ideas with the monumental Mass in B minor.

There were many highlights in this half – the choir radiant in the chorale Brich an, o schönes Morgenlicht; a well-matched partnership between tenor and flute in the aria Frohe Hirten; alto Hannah Fraser’s performance of Schlafe, mein Liebster, reverential yet intimate, singing long and exposed melismatic lines with supreme control and beauty of tone. The ensemble really took the performance to its conclusion on a high, with the BWV 191. The opening Gloria with its irresistible dance rhythms and hemiolas arguably one of the most joyful choral pieces in the canon. The central Et in terra pax was allocated to a quartet of soloists at its first hearing and reprised by the choir at the repeat; soprano Susannah Lawergren and Richard Butler joined by flautists Mikaela Oberg and Jessical Lee in the more spiritual Gloria Patri underpinned by pizzicato strings. The final burst of sheer brilliance came with the final chorus Sicut erat in principio.

Performed in the newly refurbished Christ Church St Laurence with its magnificent artwork, the venue lent itself admirably to ensemble and solo acoustics and to the themes of the evening.

Sydney has long been lacking a specialist Bach ensemble. The Bach Akademie Australia is taking giant steps to address this void. 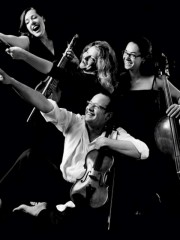 Forbidden but not Forgotten Acacia Quartet Utzon Room, Sydney Opera House June 18, 2017 Fresh from a month-long sabbatical in Berlin, Acacia Quartet performed their latest concert programme bearing the tantalising title Forbidden but not Forgotten. A core part of their work in Berlin was to study, record and perform the string quartets of forbidden… 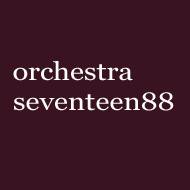 orchestra seventeen88 The Chapel of Santa Sabina College, Strathfield 9 August 2014   The launch of a new orchestra is always a risky business.  Three years ago the Orchestra Romantique was formed for historically informed performances of music of the Romantic period but it gave only a few performances before its disappearance at the end… 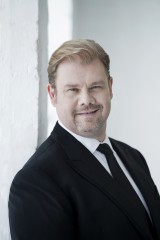 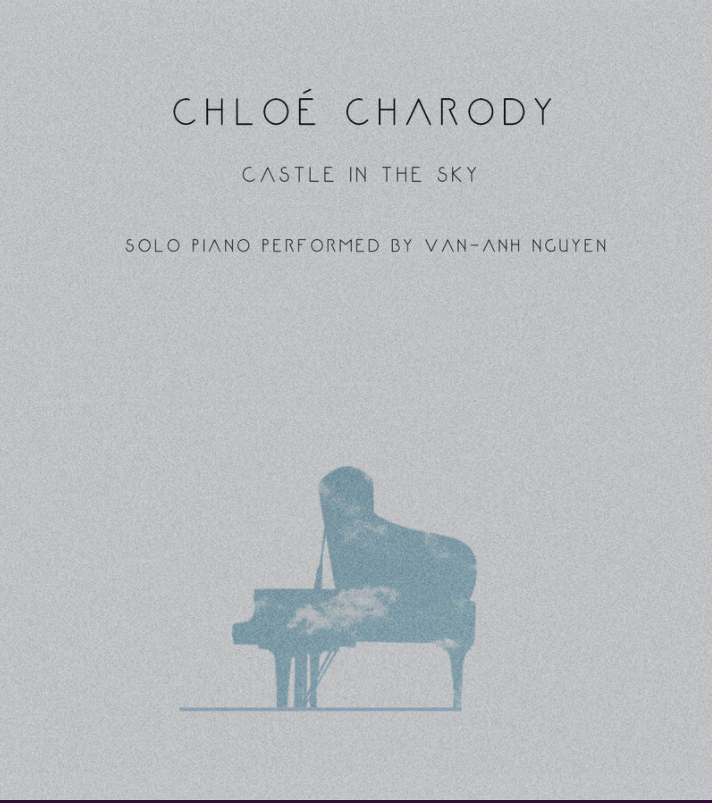 Composer Chloé Charody’s new album Castle in the Sky is an anthology of her compositions for solo piano, performed by Australian-Vietnamese pianist, Van-Anh Nguyen. Released to coincide with Valentines’s Day, it is a dreamy collection of ten tracks which have a distinctly Impressionistic aesthetic. Charody’s gift is her ability to paint pictures with music. The… 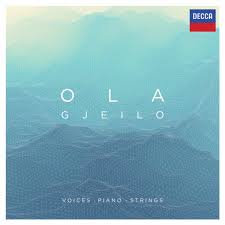 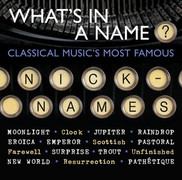