It was an evening when the gentlest of instruments took centre stage. The Australian Brandenburg Orchestra, performed music for fortepiano and period flute by Mozart and his contemporaries. Upstaged by its more precocious descendent the pianoforte, the fortepiano is infrequently heard as a solo instrument, often being relegated to the role of an accompanying instrument. This was a singular opportunity for the fortepiano to be the star in the hands of an expert as the brilliant Kristian Bezuidenhout directed the ensemble from the fortepiano as Artistic Director and founder Paul Dyer AO melted into the audience.

Johann Christian Bach’s Sinfonia in G major opus 3 no 6 in three movements was an effervescent start to the evening. Mozart was just 8 years old when he visited London for the first time and met JC Bach, twenty-one years his senior and the youngest son of Johann Sebastian. Johann Christian made a great impression on young Mozart. “I love him …. and respect him with all of my heart”, he wrote to his father Leopold. Mozart also undoubtedly absorbed at least some of JC Bach’s ideas, having transcribed Bach’s sonatas keyboard concertos at the age of nine. The opening Allegro assai of the sinfonia was played with verve, followed by a graceful  Andante and a suitably rustic Allegro assai.

Wilhelm Friedemann Bach was the eldest of JS Bach’s sons. Forty-six years older than Mozart, it was WF who continued in his father’s style of writing. His two movement Sinfonia in D minor (F.65) is sometimes referred to as the Adagio and Fugue in D minor. A more subdued piece, it is scored for two flutes and string orchestra, suggesting that Bach wrote it for his patron Frederick the Great, a gifted flautist. The delicacy of the period flutes played by Melissa Farrow and Mikaela Oberg was thrown into relief in the opening Adagio with wistful playing from the soloists and darker tones from the ensemble. The four-part Fugue follows  without a break, writing worthy of JS Bach and performed with meticulous clarity and sparkle by the strings as the flutes returned to the ensemble.

Bezuidenhout delivered a resplendent performance of Mozart’s Piano Concerto No 20 in D minor, K 466 which included the soloist’s own cadenzas. The fortepiano lacks the sustaining power and resonance of its successor, the pianoforte, and so it is up to the performer to use techniques which allow the solo passages to shine through the texture of the ensemble without compromising stylistic elements. Bezuidenhout achieved in this style and therein lie his gifts and extraordinary command of the fortepiano.

Melissa Farrow took the solo spot with period flute for an accomplished account of Mozart’s Andante in  C major for Flute, K 315 and completing the Mozartian pageant was a richly coloured and elegant rendering of Mozart’s Symphony No 36 in C Major, K 425, ‘Linz’ by the whole ensemble, joined by the fortepiano.

An exceptional concert from one of the best.

There are further performances of  Mozart’s Fortepiano by Kristian Bezuidenhout and the Australian Brandenburg Orchestra a the City Recital hall on 16 Sep 16, 18 and 19 at 7 pm and on Sep 19 at 2 pm. 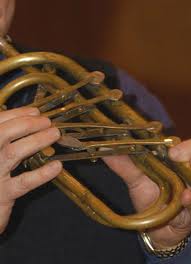 This July, Italian trumpet virtuoso Gabriele Cassone will bring to Sydney a sound it has never before heard in concert. That sound belongs to the keyed trumpet. In the Australian Brandenburg Orchestra’s Dazzling Virtuoso tour, Cassone will perform the trumpet concertos of Haydn and Hummel on this specialised period instrument; the instrument which was most…

The Company We Keep, Acacia Quartet, The Australian Hall, Sydney November 6, 2014 Stepping away from the peak hour bustle on Sydney’s Elizabeth Street, the hidden gem that is the Australian Hall hosted the Acacia Quartet’s programme The Company We Keep, featuring music by Gershwin, Glass, Kreisler and Brisbane born, Hollywood based composer Joe Twist…. 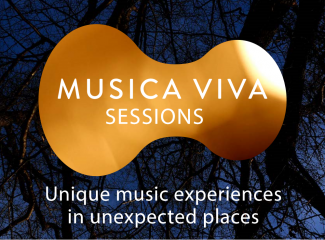