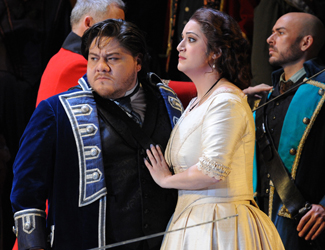 Opera Australia’s current staging of Verdi’s Simon Boccanegra first appeared in 2000 as part of the Olympic Arts Festival. It has been revived by the company’s Senior Resident Director, Matthew Barclay, in what is described as ‘a new take’ ‘based on an original production by Moffatt Oxenbould’.

Verdi first wrote the opera in 1857 and it was premiered that year in La Fenice, Venice. It was a failure, just as La Traviata had also failed at its premiere in Venice four years previously.

Verdi however, clearly thought the opera had potential. It was written during the period of the Italian unification (Risorgimento), of which he was a fervent supporter. More than 20 years later he was persuaded to make substantial revisions to the work – especially in the second act, which was largely re-written. The revised work was premiered to great success at La Scala, Milan in 1881. It contains many passages which display the richness of Verdi’s miraculous late writing, including some that recall the world of Otello, which he wrote just a few years later. Nevertheless, it is a problematic work which remains episodic, with a convoluted plot. It requires a production that provides dramatic cohesiveness but this restaging is only partially successful.

The production is conceived as a play within a play: a re-enactment in the 19th century of original events in the 14th century. This adds a further level of complexity to the narrative but otherwise it makes little impact.

One of the abiding strengths of Opera Australia productions has been their sense of dramatic conviction, largely arising from its being essentially an ensemble company. On opening night, however, this seemed less evident, with brief moments when stage movements seemed hesitant or unmotivated. This will probably settle down during the run of performances.

This original set by Peter England has been retained. This consists of a large central area with numerous entry and exit points, a large flight of stairs and an elevated walkway at the rear. The costumes by Russell Cohen are appropriate but not particularly period specific. The lighting design by Nigel Levings is effective as it subtly reflects the mood changes.

In the title role, the Romanian baritone George Petean was making his first appearance with Opera Australia. He is a first-rate Verdi baritone and gave a fully-rounded interpretation of the role.  Boccanegra delivers many of the Risorgimento sentiments that were so dear to Verdi and Petean was magnificent in the appeal for peace and love in the second scene of the first act.

The Australian soprano Natalie Aroyan was a fairly late replacement in the role of Amelia and she grew in confidence as the performance proceeded. Her voice is well focused and suits Verdi’s writing.  She looks good on stage and gave a dramatically rounded portrayal of the role.

Tenor Diego Torre has been a regular performer with Opera Australia for several years. His voice is large, with a rounded, Italianate sound, though it is sometimes a little unvaried in dynamic contrasts.  At full-voice his singing is thrilling and he sang Gabriele’s Act 2 aria with fire and passion.  Although he does not present the visual image of a young romantic hero, his superb voice ensures his popularity with the audience.

The Italian bass Giacomo Prestia returns to Sydney after three years, when he gave us an enticing sample of his rich sound in Verdi’s Force of Destiny, singing the role of Padre Guardiano. As Jacopo Fiesco, he had an early opportunity to display his magnificent bass resonance and strong lower register in a heartfelt prayer in the Prelude. He is tall and his stage presence conveyed well the dignity and strength of his role.

The Australian baritone Warwick Fyfe sang the evil Paolo. He is especially good at depicting sinister characters and dramatically well suited to this. His voice is large throughout his range and he has an especially rock-solid top to his register.

Adrian Tamburini has been very busy this winter season with substantial roles in Carmen and The Love for Three Oranges. He has a satisfying full bass voice and was dramatically convincing as one of the villains of the plot. Stuart Haycock sang the small role of the Captain with a well focused and well projected clear tenor sound.

The chorus, under the training of Anthony Hunt, once again demonstrated they are one of the finest opera choruses in the world. Their accuracy, precision and unanimity of attack are exemplary. Each voice part is individually well blended and together the parts are well balanced. At full volume they make a magnificent sound that can pin you to the back of your seat. At pianissimo they can just be heard as a well focused murmur, and in between these levels their dynamic shading and shaping is impeccable. They are one of the jewels in the company’s crown.

The orchestra also played excellently under the Italian conductor Renato Palumbo. When he first appeared with Opera Australia last year Palumbo established his credentials as a Verdi conductor in a finely shaped performance of La Traviata. This year, his control of the score was again superb. The prelude opened with a wonderfully shaped lilting from the strings.  Later in the first act he built the orchestral climax in the great recognition scene with expert dynamic pacing. Throughout the performance there was an impressive unanimity of attack from the strings and many fine solos from the wind instruments. Palumbo’s understanding of Verdian rubato allowed the orchestra to seem to breathe with the singers.

Opera Australia deserves our gratitude for presenting this infrequently performed work by one of opera’s greatest masters. It contains a great deal of wonderful music and the musical values of this production are excellent. Performances continue in the Joan Sutherland Theatre of the Sydney Opera House until 13 August 2016.

Check out dramatic images from the production. 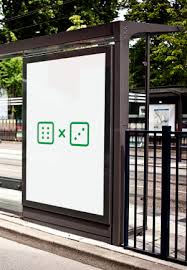 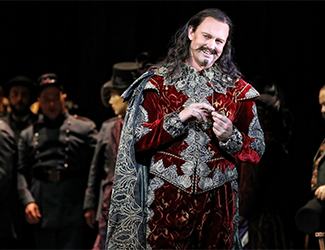 Faust – Charles Gounod Opera Australia Sydney Opera House, February 10, 2020 When New York’s Metropolitan Opera opened its doors on October 22, 1883, the company performed Gounod’s Faust, chosen, it is quoted in The Nation a few days later, for its “ greater variety of vocal and orchestral effects than any one of the… 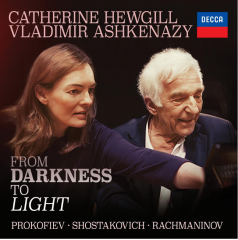 From Darkness to Light is a new single CD release from Decca Classics on which cellist Catherine Hewgill and conductor and pianist Vladimir Ashkenazy perform the cello sonatas of Prokofiev and Shostakovich followed by Rachmaninov’s Vocalise.  The pairing of the sonatas is undeniably suitable on many counts. Hewgill and Ashkenazy have collaborated closely over many… 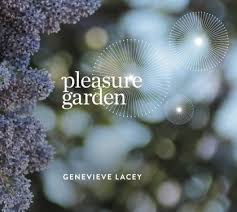 With her recent CD release Pleasure Garden, recorder virtuosa Genevieve Lacey invites us to explore the sounds of nature, that from the first moments of opening and peering cautiously round a rusted gate, take us down a path discovering a living, breathing world of plants (Lichen,Amarilli, Daphne), birds (Her Nest, Whipbird), rocks (Granite) and other… 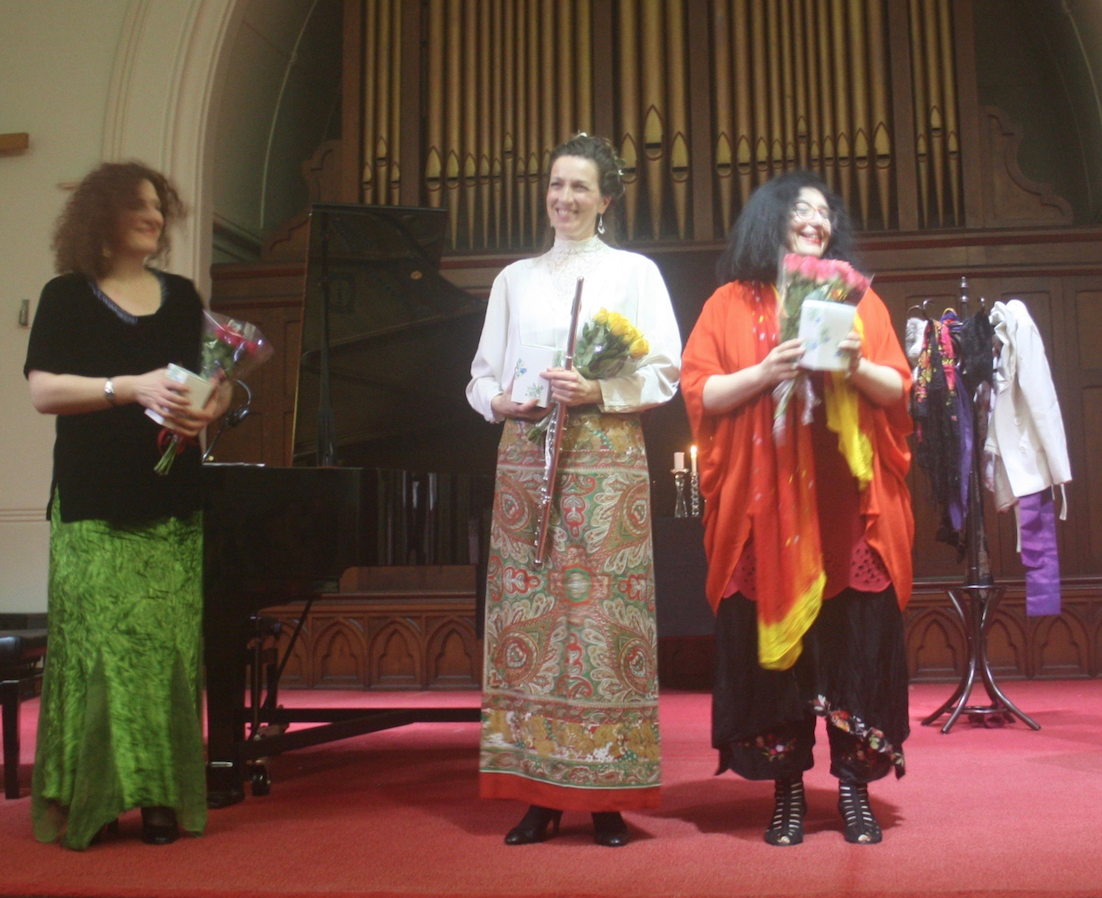 Over the past few years, Remembrance Day seems to have grown in the public heart. Of a more universal scope than its January counterpart, ANZAC Day, Remembrance Day’s theme is of the senseless suffering worldwide caused by war. With the increasing prominence of the commemoration comes a similar realisation of the quality of the associated…