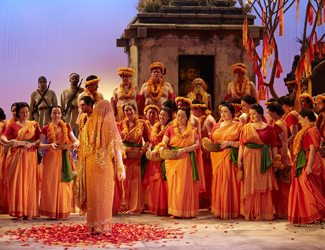 Don’t blame Bizet. Though he travelled extensively through Italy for three years from 1857, this was about as far east as the Frenchman ventured, and so his opera The Pearlfishers, written in the summer of 1863, when he was just 24, was very much his fantasy of what the exotic east might have been. Cliches and confusion are excusable – perhaps more so in the knowledge that the libretto by Eugène Cormon and Michel Carré was originally set in Mexico and swiftly transferred to ” Ceylon in ancient times.” The storyline has all the elements of a colonial melodrama – a love triangle, hot-blooded natives, a priestess sworn to abstinence, forbidden love and selfless sacrifice.

Although popular with the audience, and enjoying a season of 18 performances during the autumn of 1863, the opera was not well received by the critics and was not performed again during Bizet’s lifetime (he died in 1875). It was revived in the late 1880s on the coattails of Carmen‘s success and since then has become a popular opera in the repertoire. Whilst elements of the instrumentation sound stereotyped – swirling rhythms, open fifths, tambourines and triangles, these are secondary to the exquisitely orchestrated intensely lyrical arias, duets and choruses.

The production is musically outstanding with powerful vocal and dramatic performances from soloists and chorus and strong support from the orchestra.

Pavol Breslik’s account of Je crois entendre encore was achingly beautiful, stunning even Sydney’s enthusiastic opening night audience into silence. Ekaterina Siurina’s rendition of the recitative and cavatina Me voilà seule dans la nuit…Comme autrefois was exquisite; her singing conveyed the drama of her predicament even though much of it had to be done from behind a veil;  the much anticipated Au fond du temple saint, was given an exceptional and well balanced execution by Breslik and Carbó. Daniel Sumegi played a stentorian Nourabad a smaller but critical role. The men of the chorus did a splendid job in the middle section of the opening chorus Sur la grève en feu, just one of the memorable numbers in the opera whose reputation is unfairly dominated by the male duet.

There are some notable departures from the original in this production, with Léïla arriving on foot, not by boat and the three male leads cast as Europeans, so that at the beginning of Act 3 we see a Zurga in his study, not a fisherman’s tent.

Despite, the cultural confusion of Bizet’s original, this production is nonetheless set in Ceylon and not in a generic exotic eastern land, which make some of its elements puzzling. The only hint of pearling comes in the form of two actors in loincloths, bearing pearling knives. They add little to the music or the drama; their staged fight is contrived and unconvincing; the villagers are merry bunch, not ostensibly fisherfolk. In the opening act they are dressed identically in colourful saris and sarongs – but the women have uncharacteristic ties around their waist and the men sport ribbons around their arms as well as flowers circling their heads and wrists – more South Pacific than South Asia; Zurga walks across the stage to shake hands with the two pearlfishers  – status, caste and racial division would most likely have prohibited such contact.

Mercifully, no actor was blacked up – an idea whose time has come and gone; however, should  tattoos be visible on stage – or disguised with make up or a body stocking? Do they detract from the setting? There were brief appearances of doubtful value by a Brahmin; the guards resembled members of the Japanese Imperial Army (the Japanese were never in Ceylon); Léïla is briefly dressed in a Turandot like cloak and headdress, and wears a pair of western styled brown sandals not at all befitting a Brahmin priestess. Opera Australia engaged an indigenous consultant for its production of The Rabbits; why not similar expertise for The Pearlfishers?

The Pearlfishers is well worth seeing for its outstanding solo performances – especially those of Breslik and Siurina, and for the pleasure of hearing Bizet’s captivating music.

The Pearlfishers plays in the Joan Sutherland Theatre of the Sydney Opera House until March 31 2016 with a change of cast after February 12. 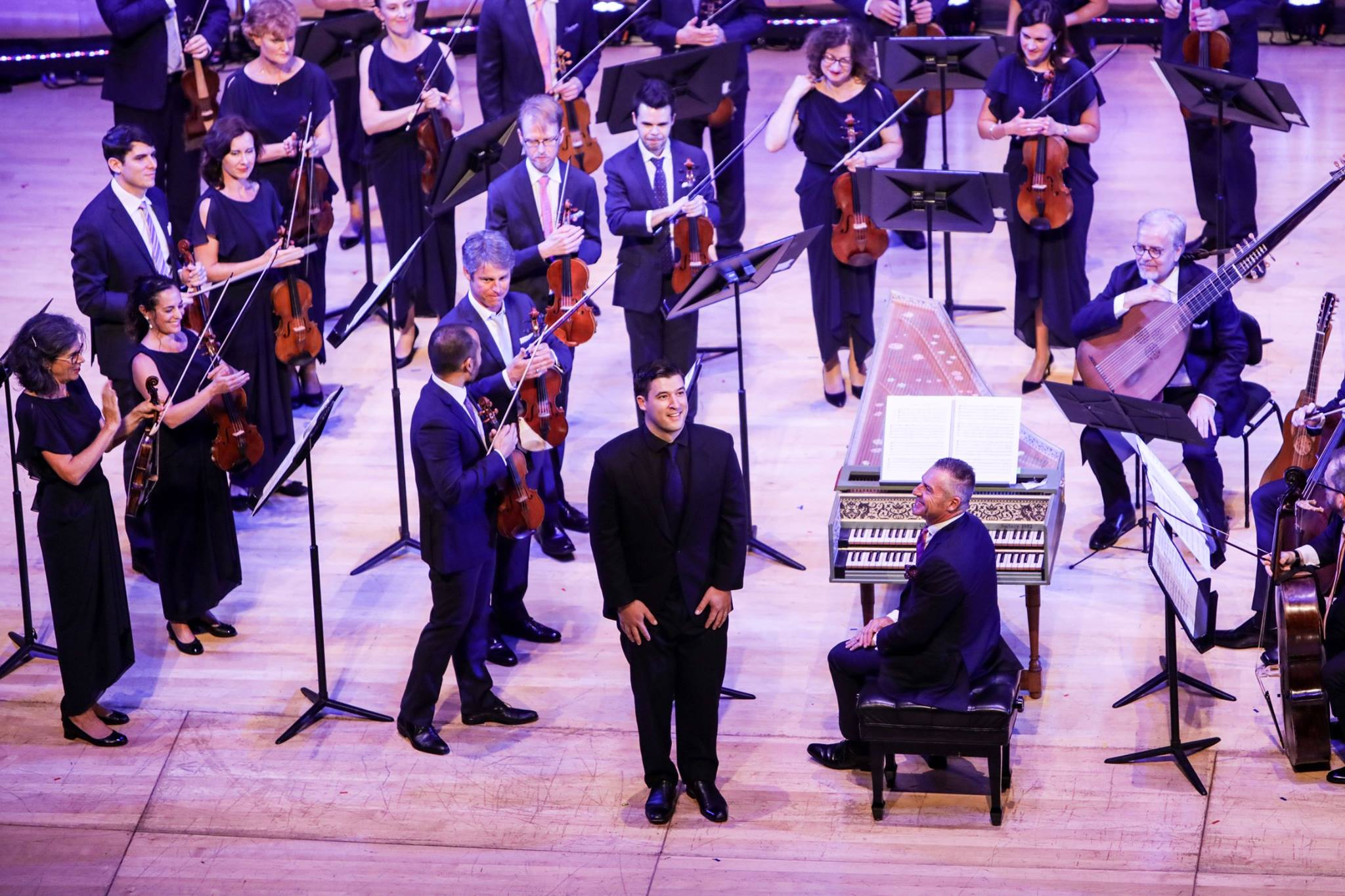 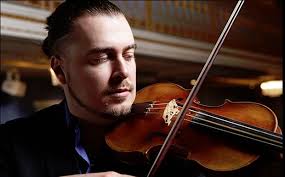 Russian virtuoso violinist Dmitry Sinkovsky returns to Sydney to reprise his dazzling concert series with the Australian Brandenburg Orchestra in July/August.  To get a whiff of his style, we’re republishing the review of the album Concerti per violino V ‘Per Pisandel’  which features Sinkovsky as the soloist in a playlist that highlights the music of Vivaldi. Of the… 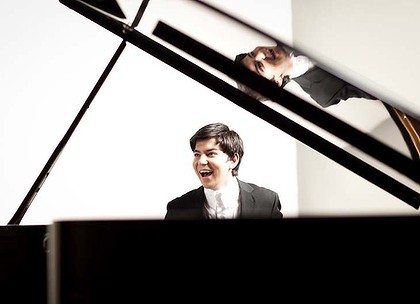 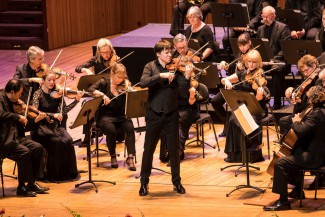 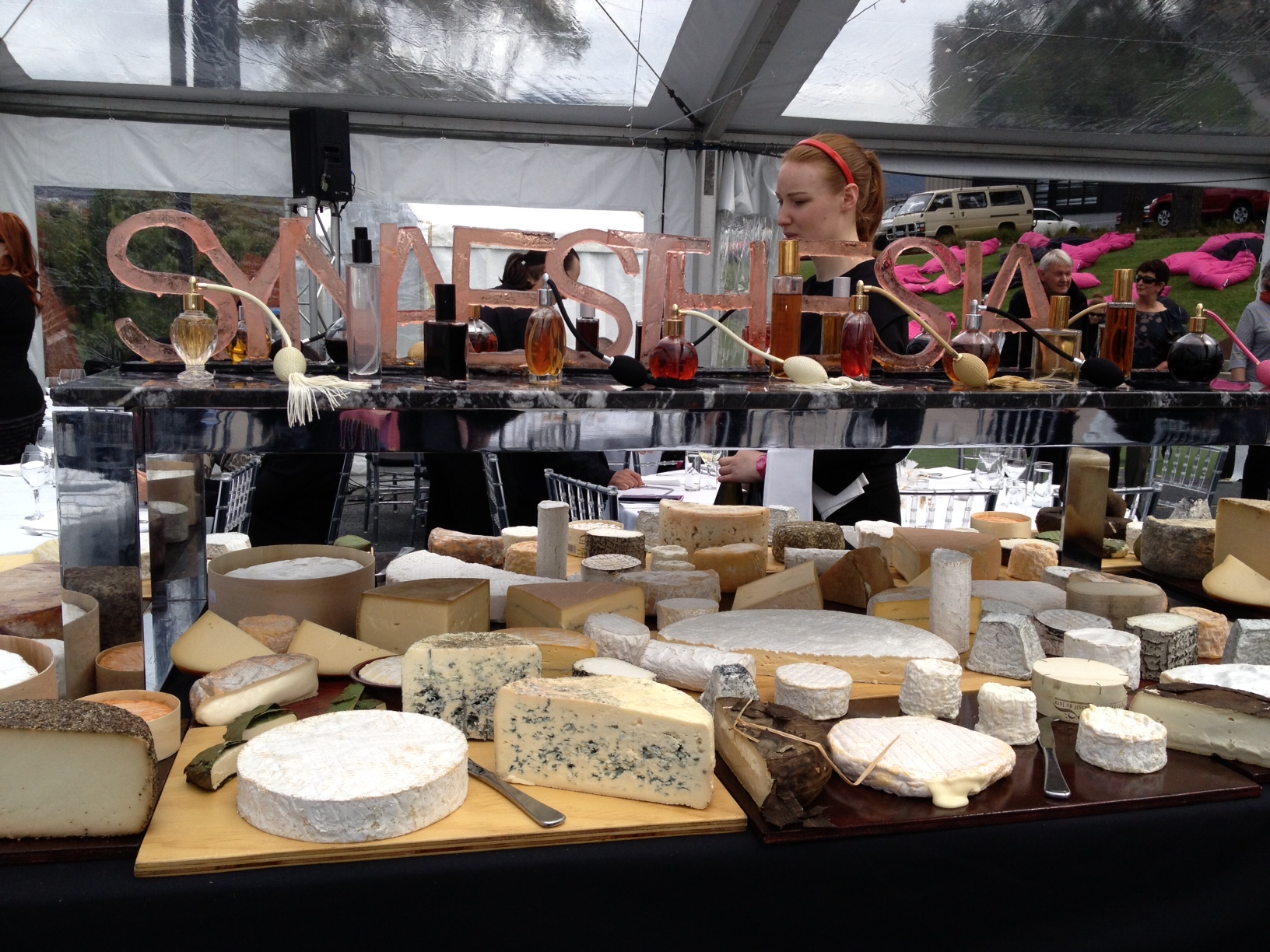 Descending the spiral staircases into the darkened subterranean caverns of the Museum of Old and New Art (MONA), was like entering the recesses of the subconscious. The museum was about to host the inaugural coming together of a collision of sensory experiences in the form of Synaesthesia: Music of Colour and Mind, a festival that…

Judging by the nominations for the 2014 Helpmann Awards, the art of opera in Australia is alive and well with Opera Australia, Hobart Baroque and Victorian Opera in the running for at least three awards each. Since their inauguration in 2001, the Helpmann Awards have recognised distinguished artistic achievement and excellence in Australia’s live performance…