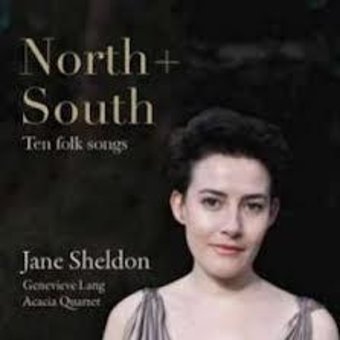 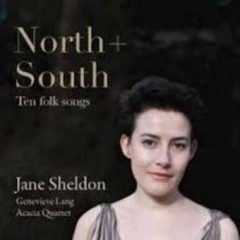 Soprano Jane Sheldon is a well respected and popular exponent of two broad styles of music at opposite ends of the timeline – Baroque and early music and, ‘New’ music. Her latest venture a CD with the title North + South (Phosphor Records PR 0001), released earlier this month, demonstrates her mastery of yet another style.

North + South is a collection of 10 songs, mostly ballads, from around the English speaking world. The arrangements are by a diverse bunch, amongst them, Sibelius, Britten, Anne Carr-Boyd, Andrew Ford, Martin Wesley-Smith and Sheldon herself.

The songs are plaintive and sung from the heart with a simplicity of emotion and style clad only in the clear straight toned beauty of Sheldon’s voice. The stories are about everyday people – love, whimsy, suicide and death. Most especially it is the Australian folk songs which capture the imagination. The anonymously written words of Tommy Tanna, published in 1895 and set to muic by Martin  Wesley-Smith is sung by a white woman to her Aboriginal lover; there are stories of emu and wattle scrub echo (Plains of Emu, lyrics by J McGarvie to a traditional Irish melody arranged by Shedon), Moreton Bay and Norfolk Island (Moreton Bay, traditional Australian, arranged by Anne Carr-Boyd).

Some of the songs are sung a capella (Tommy Tana, The Dying Stockman); others are arranged with an unflinching and minimal accompaniment in keeping with traditional harmonies or in the style of a ground bass; or the eerie wondering of the introduction to Andrew Ford’s arrangement of Maa Bonny Lad and Luciano Berio’s contemporary and multi-metric Black is the Colour….

Acacia Quartet and harpist Genevieve Lang perform with unobtrusive class in supporting the voice, whilst rising to the fore when the music belongs to them alone. Their contribution adds drama and colour to the narrative.

Says Sheldon ” Once we started it became apparent that stories told by immigrants, fragments of the lyrics and melodies had traversed the globe and belonged to more than one nation’s folk history. we opened up the programme to include, for example, Britten’s arrangement of an Appalachian song. I Never Will Marry is an English song set by two American interpreters in different centuries, which both influenced my own new arrangement.”

North + South is available from JBHiFi, ABC Shops and all ‘good’ records stores as well as on iTunes.

Check out this review of nine new works presented by Halcyon: http://www.smh.com.au/entertainment/music/take-nine-composers-and-hear-how-magic-is-made-20111120-1np4b.html

The Choir of St James’ King Street in collaboration with The Choir of Trinity College Melbourne and Ironwood Orchestra, directed by Warren Trevelyan-Jones and Michael Leighton Jones presented the opening performance of Bach and Beyond at St James’ Church, King Street last evening. the concert is repeated tomorrow, Saturday 24th September at 5 pm. The… 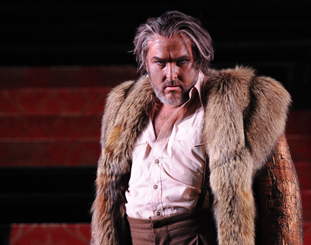 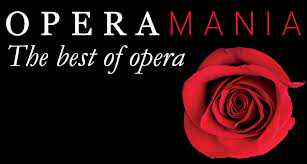 Operamania is an opportunity to hear an ensemble of Russian classical performers, doing what they do best. The ensemble of 44 orchestral musicians, conducted by Andrei Lebdev, 10 singers,  4 dancers and a pianist from the Novaya Opera of Moscow presented an evening of Classical and Romantic favourites from opera, ballet and symphonic works. Projected behind them…

As the final notes of Ravel’s String Quartet faded, I wondered what might have coursed through the minds of the players in the Australian String Quartet, especially violinist Sophie Rowell and violist Sally Boud who have chosen to go their own ways from 2012. These four musicians have performed together since 2000, the last 5 years,… 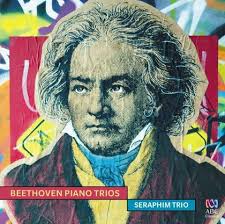 The Seraphim Trio: Anna Goldsworthy, piano/ Helen Ayers, violin/ Timothy Nankervis, cello The Seraphim Trio’s new recording of three Beethoven piano trios is a spin-off from their 2015 Beethoven Immersion project when they performed all Beethoven’s piano trios across a wide variety of venues around Australia.  Throughout this recording they display the classic virtues of fine chamber…