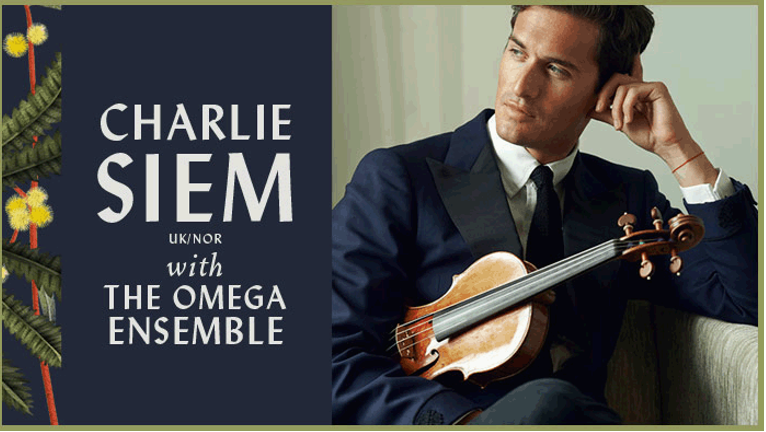 Violinist Charlie Siem will make his Australian debut performing in New South Wales and Victoria during the 2017 Autumn festival season. In Sydney, he will be performing with the Omega Ensemble in Chaswood and at the Sydney Opera House.

Siem is one of the world’s most promising young musicians. Born in London, he studied the violin at the Royal College of Music with Itzhak Rashkovsky, and later with Shlomo Mintz, whilst attending Eton College and Cambridge University. At only 30 years of age, he became the youngest Professor of Music in the UK (Leeds College of Music). He plays the 1735 Guarneri del Gesù violin.

The classically trained musician also works with many of the world’s finest orchestras (The Royal, the Moscow and the Rotterdam Philharmonic Orchestras; the Czech and the Oslo National Symphony Orchestras) and conductors who include Charles Dutoit, Edward Gardner, Yannick Nézet-Séguin, Sir Roger Norrington, Libor Pesěk and Yuri Simonov. He has also performed for the Queen of Denmark.

Often credited with bridging the worlds of classical music, pop culture and style, Siem has performed onstage with stars like The Who, Bryan Adams and Jamie Cullen, while winning a unique fan base including Lady Gaga, Katy Perry and Karl Lagerfeld. His dapper, elegant style and on-stage performances has caught the attention of the fashion world. Siem most recently was photographed by Lagerfeld for Dior’s 2015/16 Fall ad campaign. He has also served as a style ambassador for Hugo Boss, Giorgio Armani and Dunhill. In 2014 Vanity Fair named him one of the world’s best dressed musicians. Siem also was featured in the “Little Black Jacket” coffee table book by Lagerfeld and Carine Roitfeld, formerly of French Vogue.

The Omega Ensemble was founded in 2005 and fast became one of Australia’s finest and most lauded chamber groups. Ranging from full chamber orchestra to duos, they constantly provide a fresh and invigorating musical experience.

From 2014-2016, the Omega Ensemble were ensemble-in-residence at Sydney’s City Recital Hall, and artist-in-residence at Mitchell Conservatorium. They joined forces with the Australian National Academy of Music and acclaimed international clarinettist and conductor Paul Meyer, in a performance of John Adam’s Chamber Symphony. In late 2016, the Ensemble recorded and released their first ABC Classics CD.

Local school students in Orange, Newcastle and Sydney will participate in a private workshop conducted by Charlie, followed by a pre-concert performance on stage before the main concert by Charlie and the Ensemble. 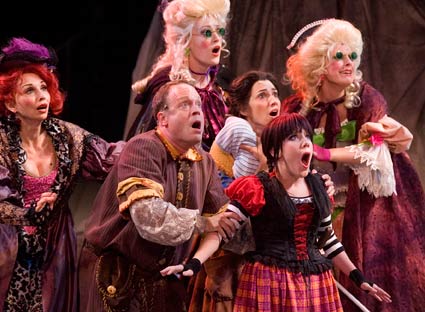 An ambivalent Cinderella? A blood-thirsty Little Red Ridinghood? A Prince Charming with a roving eye? A Witch…who raps? They’re all among the cockeyed characters in James Lapine and Stephen Sondheim’s fractured fairy tale, Into the Woods, presented by Chatswood Musical Society in May.  When a Baker and his Wife learn they’ve been cursed with childlessness… 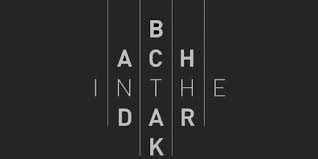 Cellist Rachel Scott curator of the Bach in the Dark concert series will be presenting a concert in conjunction with the State Library of NSW, as part of their ‘Shakespeare 400’ celebrations. Actor Paul Armstrong will be her performing partner in this hour-long concert featuring the words of William Shakespeare, Australian poet John Thompson and… 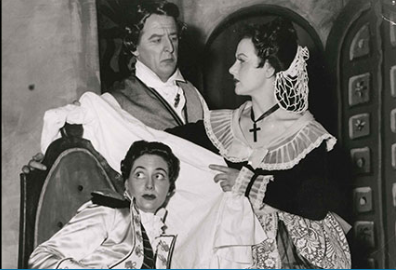 Opera Australia is celebrating its 60th anniversary this year and is marking the occasion with an event in which four maestros lead a program of operatic classics at a Gala Concert featuring some of its biggest stars, the Australian Opera and Ballet Orchestra and the Opera Australia Chorus — with a special appearance by many… 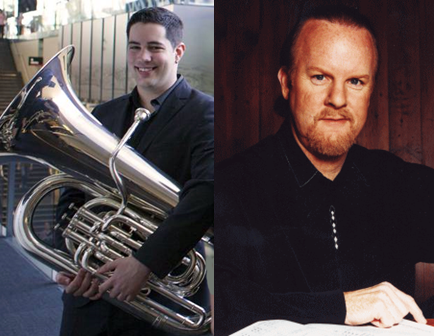 The Marais Project’s 2013 concert season kicks off with yet another Marais Project first: music by five of the great gamba composers of the French baroque – Marais, Couperin, Forqueray, Dolle and Caix D’Hervelois alongside music by a modern Australian composer – Rosalind Page. Director of the Marais Project, gambist Jennifer Eriksson is fresh from her residency at… 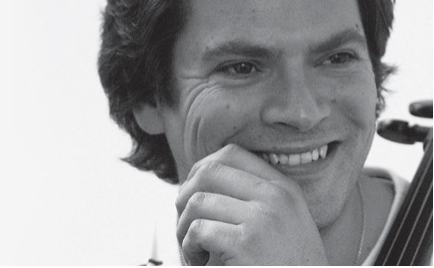 Omega Ensemble performs one of the masterpieces of the Late Romantic era, Elgar’s Cello Concerto, with acclaimed Dutch cellist Teije Hylkema, Principal Cellist of the Australian Opera and Ballet Orchestra. Omega Ensemble is  the City Recital Hall Ensemble in Residence and true to its style, its programme features diverse classical and contemporary works. David Rowden, Artistic…