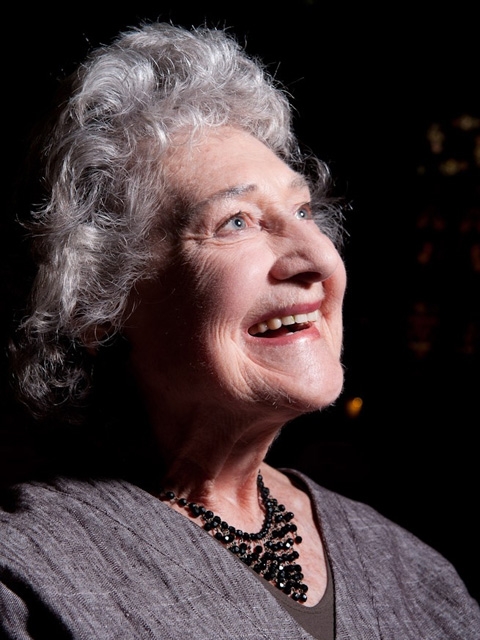 It is surely a sign of the high esteem in which an artist is held, to have your peers gather to celebrate your achievements.

Such is the respect and deep affection held for contralto Lauris Elms, AM, OBE, as she celebrates her 80th birthday this year. On Sunday, the Joan Sutherland and Richard Bonynge Opera Foundation presents a concert of opera highlights, with the proceeds going towards the foundation’s inaugural 2011 Bel Canto Award.

Lauris Elms retired from performing in 1994. A whole new generation of singers may not yet be aware of her stature. She debuted at the Royal Opera, Covent Garden in 1957 as Ulrica in Giuseppe Verdi’s Un ballo in maschera, and was principal contralto at Covent Garden from 1957 to 1959. She sang the role of Mrs Sedley in Benjamin Britten‘s Peter Grimes, conducted by Britten himself. She was invited to perform in five Royal Command performances – surely a unique achievement. In Australia Lauris Elms gave Lieder recitals with Musica Viva and the ABC also performing sacred and operatic works.

Elms was appointed an Officer of the Order of the British Empire (OBE) in 1974, awarded the Queen’s Jubilee Medal in 1977, and appointed a Member of the Order of Australia (AM) in 1982. In 1988, the University of Sydney awarded her an honorary Doctorate of Music. Her recordings are many.

This is time to sit back, relax and enjoy all that is familiar and loved about opera – there are excerpts from The Pearl Fishers, Lakme, Tosca, La Traviata, Il Trovatore, Macbeth sprinkled with the humour of Noel Coward.

Have a flutter on the silent auction or the raffle – a priceless plaster mask hand painted and signed by Dame Joan Sutherland could be yours. 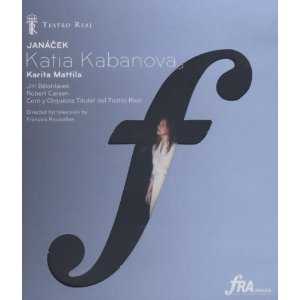 SBS TV broadcasts Janacek’s opera Katya Kabanova this Saturday afternoon. Directed and designed by Robert Carsen, this production from the Teatro Real in Madrid stars Finnish soprano Karita Mattila in the title role and is conducted by Czech conductor Jirí Bélohlávek. Read the review. From France, in Czech, English subtitles. 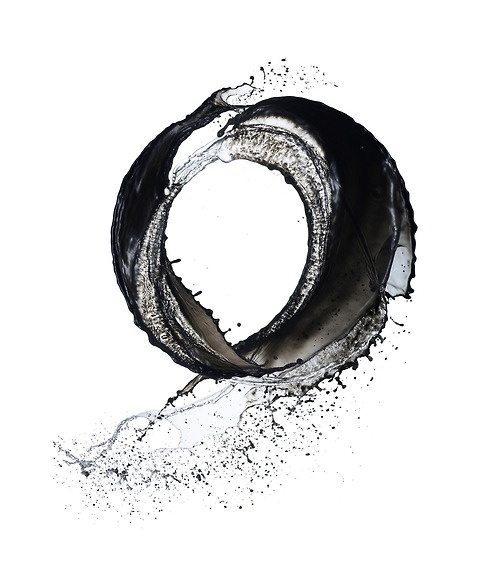 Askill Percussion Duo returns to Sydney a year after its Australasian debut to present a complete 180. In this programme, the performers, Anna Zeltzer and Robert Oetomo oscillate between contrasting soundscapes, from primordial drums to ethereal bells. Pulsating, hypnotic rhythms are interwoven with immersive, meditative sound explorations. The audience is drawn into an array of constantly…

Love, death, longing or just sheer beauty, the North Sydney Symphony Orchestra’s August concert has music to warm your heart this winter. On the programme are the ominously dramatic of overture to Verdi’s opera The Force of Destiny, (featured on the soundtrack of the classic French films, Jean de Florette and Manon des Sources),…

Musicians Katy Tsai & Bek Wermut, together with meditation teacher Lynda Kerr have put together a program to enhance the experience of meditation through live music. Their music, they say, will inspire, create space for dreams, evolve, transform and relax, allowing participants to get really comfortable and enjoy the live vibration of sounds as meditation and… 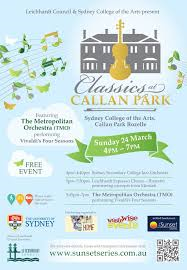 Grab your family, a picnic rug and basket for this free concert of classics including Vivaldi’s Four Seasons, hosted by Leichhardt Council, in the grounds of Callan Park in Leichhardt. Conducted by Sarah-Grace Williams, with soloists Rebecca Seymour  from the Queensland Symphony Orchestra, Sarah Ash, Sam Harding and Elena Tuktarova, this will be a wonderful way to spend an autumn Sunday afternoon with…