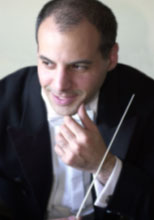 The North Sydney Symphony Orchestra continues its 2012 series with a programme of orchestral music grounded in northern Europe.

The concert opens with Rimsky-Korsakov’s Capriccio Espagnole,  Koussevitsky’s Concerto for Double Bass and the Symphony No.2 by Jean Sibelius.

Steven Hillinger will conduct the orchestra which is joined by Double Bassist Kees Boersma who comments:

“My last association with the NSSO, was a performance of Graham Howard’s Bass Concerto, written in 2007 – a very enjoyable experience for me! So it’s a great pleasure to be able to join the orchestra again on this occasion – the level of enthusiasm that I experienced on my last visit is something that any soloist values tremendously. It will also be a joy to again work with Steven Hillinger, whose conducting and leadership is such an important part of the NSSO.

Orchestras such as the NSSO play an extremely important role in our community – it’s a wonderful opportunity for local musicians who would otherwise rarely have the chance to perform in an orchestral setting, as well as providing regular performances of great symphonic works outside of the regular ‘big city’ venues.

For me, it’s just great to have the chance to let the Double Bass be heard as a solo instrument!”

Russian composer Rimsky-Korsakov’s Capriccio Espagnol opus 34, is the curious Italian-French title for this orchestral work based on Spanish folk melodies. Composed in  1887, it was intended to be for violin and orchestra, but the composer changed his mind and wrote it sans the solo violin. The work’s Russian title,  Capriccio on Spanish Themes describes the work more accurately. It has 5 movements: Alborada, Variazioni, Alborada, Scena e canto gitano and Fandango Asturiano.

Serge Koussevitsky’s fame derives mostly from his tenure as Music Director of the Boston Symphony Orchestra from 1924 to 1949. However, this Russian born impresario was also a conductor, composer and double bassist. He composed his Concerto for Double Bass in 1902, with the help of his compatriot composer Reinhold Gliere. Koussevitsky himself premiered the work in 1905.

Finnish composer Jean Sibelius sketched the idea for his second symphony whilst on a trip to Florence and Rapallo in Italy. It was completed back in Finland in 1902, the same year that Koussevitsky wrote his Double Bass Concert. Written in D, Sibelius’ second symphony is said to be modern and optimistic, with intensely Nationalistic themes. It was a time of Russian sanctions on Finnish language and culture and the symphony acquired the nickname The Symphony of Independence, although it is thought that Sibelius wanted this work to have a broader meaning beyond the borders of Finland.

Steven Hillinger graduated with a Bachelor of Music degree from the Sydney Conservatorium of Music studying French Horn with Anthony Buddle and received the Richard Merewether Memorial Scholarship for French Horn in 1991. Steven has performed with orchestras including the Australian Chamber Orchestra, The Australian Opera and Ballet Orchestra and the Sydney Philharmonia Orchestra. Steven also holds a Graduate Diploma in Conducting from the Sydney Conservatorium, studying with Henryk Pisarek. He followed this with a  Master of Music, graduating in 1997, with John Hopkins as his teacher. In 1993 and 1994 Steven was awarded the Alan Bellhouse Memorial Scholarship for Conducting.

Kees Boersma is Principal Double Bass with the Sydney Symphony Orchestra.  He performs regularly with the Sydney Soloists and the Australia Ensemble and was for 10 years a member of the contemporary music group ELISION.

After graduating from the Victorian College of the Arts, Kees undertook post-graduate studies at the Sweelinck Conservatorium in Amsterdam, and performed for two years with the Royal Concertgebouw Orchestra Amsterdam under conductors such as Haitink, Dorati, Harnoncourt, Chailly and Giulini. Returning to Australia, Kees performed as Principal Bass with the State Orchestra of Victoria and the Australian Chamber Orchestra before joining the Sydney Symphony.

Kees tutors young musicians and lectures in Double Bass at the Sydney Conservatorium of Music. He has also performed as a soloist and guest Principal with ensembles which have included the Hong Kong Philharmonic Orchestra and the West Australian Symphony Orchestra and guest performer with period ensembles such as the Orchestra of the Age of Enlightenment, the Australian Brandenburg Orchestra and  Pinchgut Opera.

The North Sydney Symphony Orchestra is 65 years young and is the the first orchestra to have been established on Sydney’s North Shore. It was founded in 1947 by the late Dr Alan Bellhouse M.A. who conducted it from its inaugural concert until shortly before his death in 1980. Dr Bellhouse was married to the legendary Dulcie Holland and their aim was to form an orchestra which would enable “student and amateur musicians to gain orchestral playing technique and experience and learn something of the huge repertoire of classical music.”

Tickets for all concerts are available from MCA-TIX Pty Ltd.
BOOKINGS ESSENTIAL
If booking online or by telephone, you can reserve your preferred seats from the seating plan. A complimentary concert program is provided and light refreshments will be served.
TICKET PRICES
Adult $ 28.00 / Concession  $23.00/ Student   $15.00 / Child aged 12 or under  $5.00 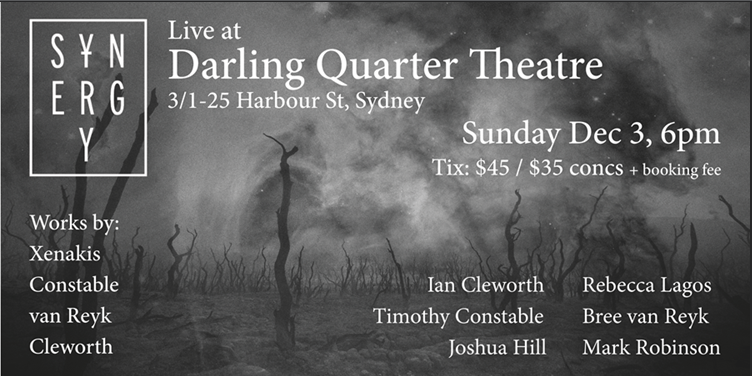 Synergy Percussion pays tribute to Timothy Constable who recently resigned as Artistic Director, in a concert featuring works by Timothy, Ian Cleworth, Bree van Reyk and the percussion powerhouse work Peaux by Xenakis. This is the only concert by Synergy in Sydney for 2017 so do not miss what promises to be a spectacular concert and…

After 8 long months, the principal string players of The Metropolitan Orchestra present afternoon of glorious music, performing Mendelssohn’s remarkable String Octet which was composed when he was just 16 years of age. From the almost minimalist unison textures of the work’s Scherzo, to the eight-part fugato of its Finale, Mendelssohn created a masterwork unlike… 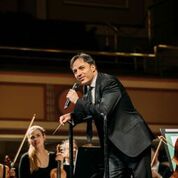 The Sydney Symphony Orchestra performs a collection of magical music written for the ballet by Tchaikovsky, Rossini and Ravel. Principal Cellist Umberto Clerici will step into the role of conductor and lead his colleagues in concerts featuring some of the most enduring melodies written for ballet. Tchaikovsky is particularly celebrated for his ballet music. The suite…

The Marais Project’s 2013 concert season kicks off with yet another Marais Project first: music by five of the great gamba composers of the French baroque – Marais, Couperin, Forqueray, Dolle and Caix D’Hervelois alongside music by a modern Australian composer – Rosalind Page. Director of the Marais Project, gambist Jennifer Eriksson is fresh from her residency at… 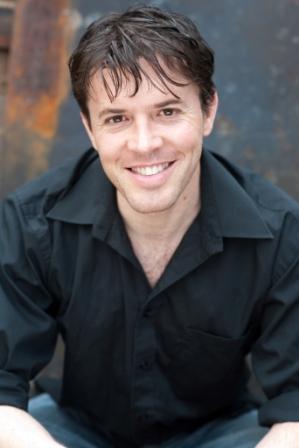 The Art Gallery Society of New South Wales presents its Resonate concert series with eight performances between March and November 2014. Notching up its 14th year of concerts, the Art Gallery Society invites you to view the diverse progamme of exhibitions before each concert – ArtExpress, Afghanistan, the Archibald, Wynne and Sulman Prizes and Pop to Popism will be followed by…