The Australian Brandenburg Orchestra opens its Glorious Baroque season this weekend with the Australian debut of Guest Director and violinist Riccardo Minasi, described by Gramophone Magazine as ‘one of the most exciting baroque violinists in the business’. Minasi brings his lyrical, tender and dramatic playing to showcase rare 16th and 17th century works one of which is the exquisitely beautiful violin concerto by Vivaldi,  Il favorito.

Minasi has recently recorded this work in Rome for a CD release in early 2012 and has teamed with a film-maker to make a music video of this work which can now be seen on You Tube. (Scroll down to the bottom of this page to hear Minasi play Il Favorito on You Tube) He says “There is not the same tradition of video clips in classical music as there is in pop music. We hope that we can be a bit pioneering in this sense.” Minasi will be playing a 1627 violin, made in Cremona by Antonius and Hieronymus Amati and once owned by Eduard Reményi, a good friend of Brahms and violin soloist to Queen Victoria.

Also in Glorious Baroque, Jamie Hey, the Brandenburg’s principal cellist will give the world premiere of Federico Maria Sardelli’s Cello Concerto in G minor. This is the first time his music has been ever performed in Australia. Federico is a Grammy-nominated conductor, as well as a flautist, painter, engraver, satirist and the founder of the baroque orchestra Modo Antiquo. He wrote the concerto for his wife, Modo Antiquo’s own principal cellist but the group has not yet programmed the work for public performance. The Cello Concerto is written in a baroque style, particularly drawing inspiration from Vivaldi. His mission is not to imitate or copy Vivaldi’s work but to create something new: “My music is new and speaks to the people of today. I’ve learnt to write with the mindset and methods of the ancients, but with new and original ideas.” In today’s computer age Federico takes the old-school approach: “I always compose on paper with pen and ink, and later I transcribe it onto the computer.”

The last time Riccardo Minasi was in Australia, he had a close encounter with a possum. He was on tour Il Giardino Armonico, and whilst walking in a park, decided to take a closer look at a group of possums. ‘They looked so cute, so sweet, so I decided to pat one’. The result was a nasty wound to his finger and hospital treatment. “My finger was so heavily bandaged, people could see it from the back row of every theatre” recalls Riccardo.

For tickets call (02) 8256 2222 or in person at City Recital Hall Angel Place or online at www.cityrecitalhall.com

The Choir of St James’ directed by Warren Trevelyan-Jones and the Australian Haydn Ensemble led by Artistic Director Skye McIntosh join forces once again after their marvellous collaborative performance of Mozart’s Requiem in 2014, to present  Songs of Rest – a programme featuring Joseph Haydn’s Missa brevis Sancti Joannis de Deo, the ‘Little Organ Mass’, and the Requiem in C…

The Acacia Quartet will be joined by pianist Tamara-Anna Cislowska in a concert presented by Hunter’s Hill Music. Together they will perform one of the cornerstones of the chamber music repertoire, Johannes Brahms’ Piano Quintet. Also on the programme, violinists Lisa Stewart and Myee Clohessy, violist Stefan Duwe and cellist Anna Martin-Scrase will perform Ludwig… 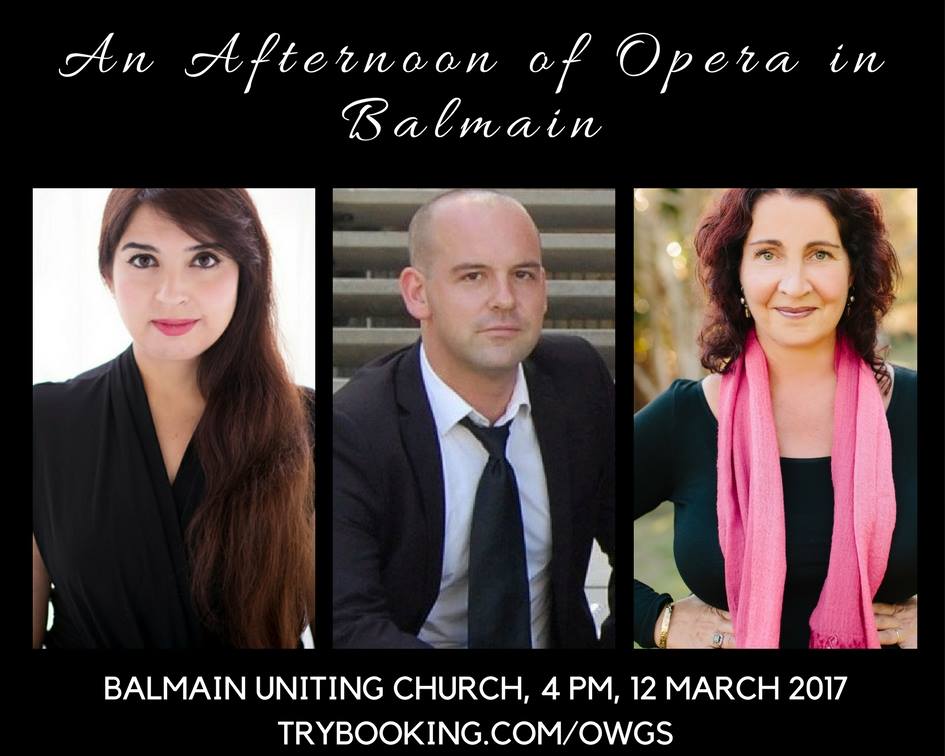 Soprano Ayşe Göknur Shanal, mezzo-soprano Claire Munting and pianist Chris Cartner will perform some of operas most beautiful and well-known arias and duets in An Afternoon of Opera in Balmain. The programme includes music by Handel, Bizet and Mozart with favourites like Casta Diva from Bellini’s Norma, Stride la Vampa from Il Trovatore and Puccini’s Un bel… 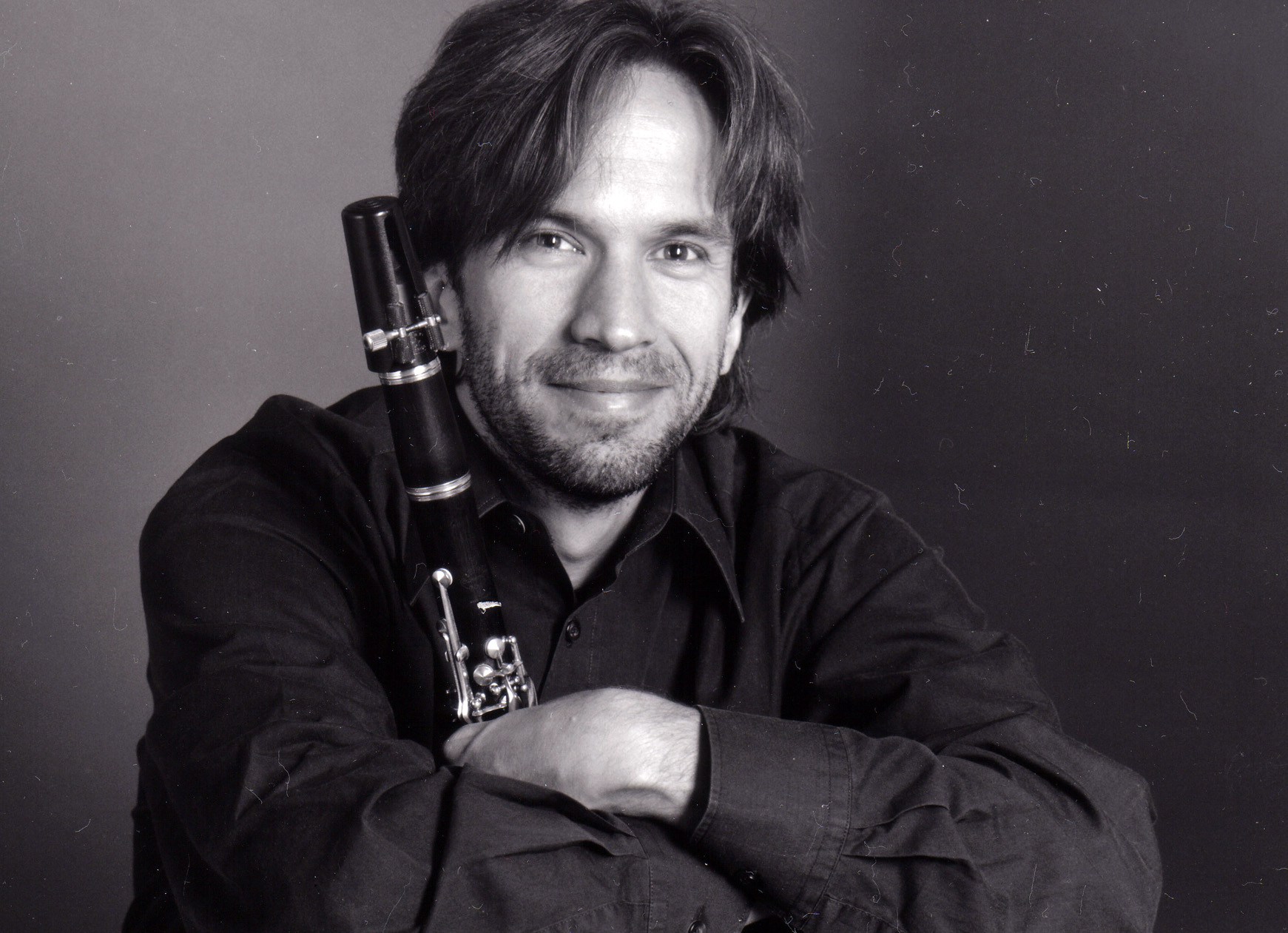 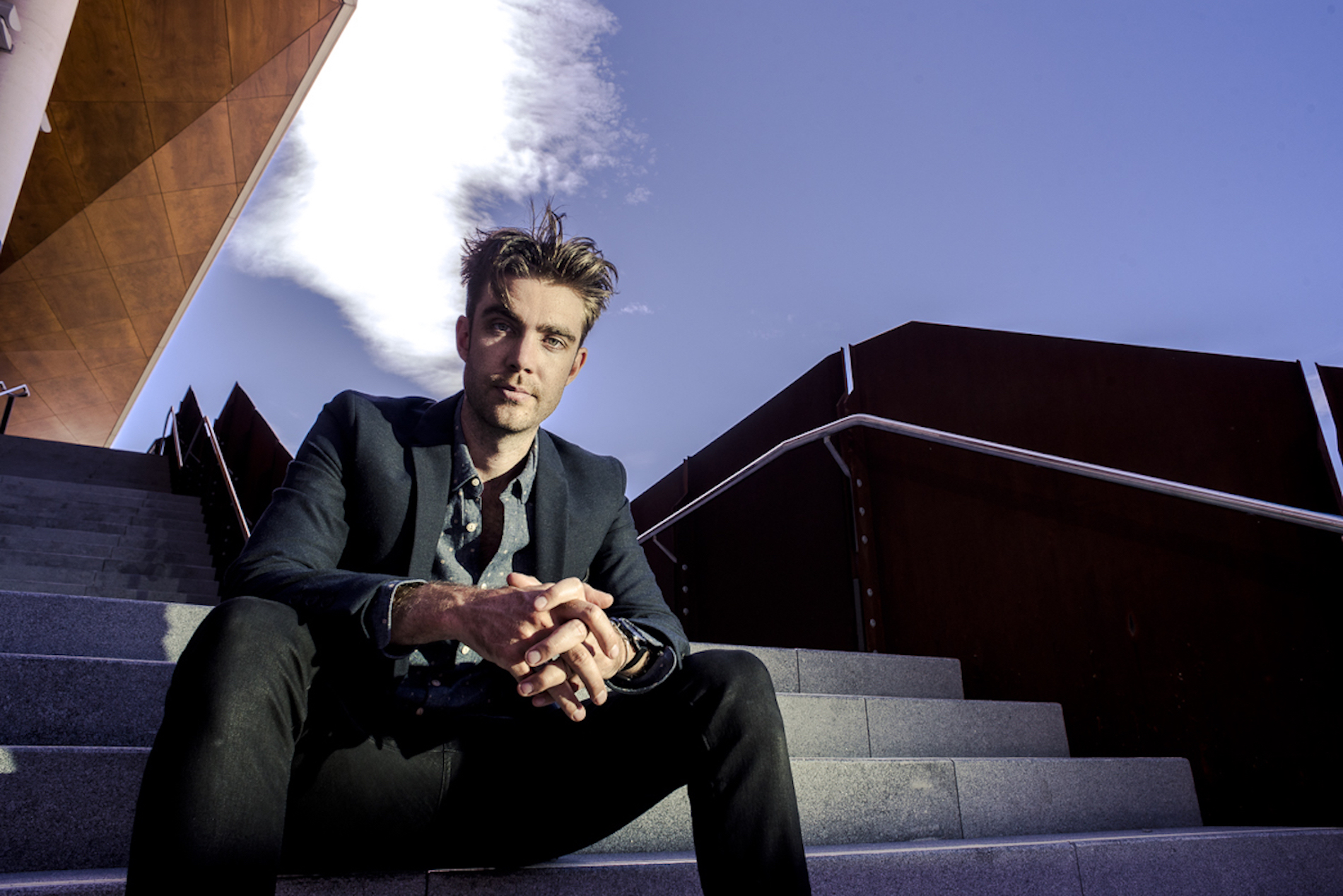 The brutality and beauty of Australia’s colonial experience is the theme Iron in the Blood, which receives its world premiere later this month. This powerful musical exploration of Australia’s colonial past, inspired by Robert Hughes’ The Fatal Shore was created by jazz saxophonist and composer Jeremy Rose. Iron in the Blood includes text from Robert Hughes’ The Fatal Shore,… 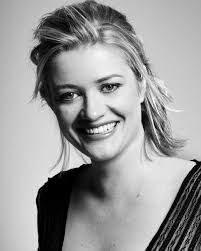 Soprano Lee Abrahmsen joins Omega Ensemble to perform songs of farewell from the richness of the romantic era along with a new work by Andrew Ford, launching the ensemble’s 2016 Virtuoso series. The essence of Wagner’s revolutionary Tristan und Isolde is perfectly captured in excerpts skilfully arranged by Australian composer James Ledger. As Isolde grieves over…